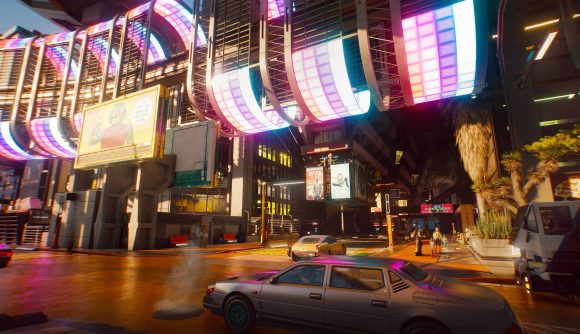 The three shells in Demolition Man is one of the great conundrums of sci-fi cinema. Seriously, how are they supposed to work? Cyberpunk 2077 doesn’t have an answer, but it does reference them, giving you three shells in V’s apartment to ponder over.

If you go to the bathroom in V’s homestead in the RPG game, you’ll find an enclave by the toilet. Resting in that little shelf will be three, black seashells, ready and waiting for when you do your business. No other context is given, no further instructions on where these bathroom wares might fit into our future cleaning rituals.

Demolition Man is a 1993 action movie where Sylvester Stallone plays a cop, John Spartan, trying to take down Wesley Snipes’ Simon Phoenix in 1996. When a hostage situation goes violently sideways, they’re both sentenced to cryogenic freezing. Phoenix is let out first, in the year 2032, so Spartan’s brought back to stop him. Trying to navigate the weird, far-flung modernity, Spartan finds three shells where toilet paper should be, and gets laughed at for not understanding the intersection of mementos from a trip to the beach and personal hygiene. This becomes a recurring joke.

The shells are very much a meme about genre fans, so a nod was almost expected from something so entrenched in modern science fiction as Cyberpunk 2077.

Here’s a picture of the reference: 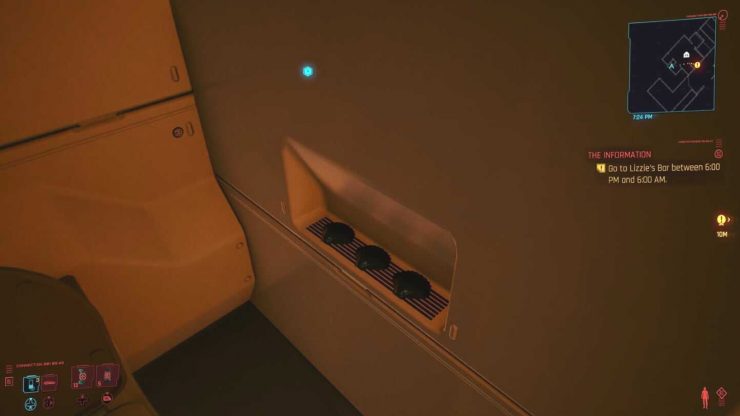 Here’s a clip of the scene in the movie:

A reference to The Office, and Half-Life 3, are among the other easter eggs that have been found in the open-world game. Here’s guides on Cyberpunk 2077 vehicles, Cyberpunk 2077 weapons, and Cyberpunk 2077 bosses, because unlike the seashells routine, this game can actually be understood.