Want to know what the best Paladin build is in Diablo 2 Resurrected? As one of the seven Diablo 2 Resurrected classes, the Paladin is a defensive class that can buff himself with auras. These auras can grant resistances to enemy blows, improve his attacks, and even heal or buff allies or hirelings in the party.

You may be coming back to Diablo 2 after many years, so to catch up on the basics, take a look at our Diablo 2 Resurrected beginner’s guide. By the time you’re thinking about making the best Paladin build, you will have some ideas about how the equipment works. The Paladin has the highest health pool and strength stats of all the classes, but you can improve him further by speccing his attribute and skill points in a way that compliments the gear you can put on him.

We will break down everything you need to create the best Paladin build, from your skill points and stats to all the essential items you need. We’ll also explain everything you need to know about why this setup is so good for the Paladin class and explore more complicated details, such as Ethereal gear and equipping runes to make rune words.

The main idea behind this build is to smite your enemies with Blessed Hammer. It’s buffed massively by Vigor, Blessed Aim, and Concentration so that he can hit opponents for 15,000 damage per Blessed Hammer use. This damage output makes it one of the most popular builds in Diablo 2 Resurrected. Unfortunately, it’s also one of the most expensive and difficult builds to create, thanks to the unique equipment and many rune words you need. However, it’s all worth doing. For example, the Enigma rune word allows the Paladin to teleport into a large mob of foes before smiting them with multiple Blessed Hammers.

The Hammerdin build is handy for getting friends through all the difficulty modes due to his high damage output. However, this build is also helpful for any Magic Find runs, which can help farm the right equipment for other Diablo 2 Resurrected builds.

In Magic Find runs, you equip items with a ‘% Better Chance Of Getting Magic Items’ perk to help your chances of getting new equipment. If you want to spec your build in this way, you can equip the Gheed’s Fortune charm, War Traveler boots, and any other items that give you better chances to get magic items. You can also insert the Ist rune into Wizardspike and a perfect topaz into a Shako for the weapons. It’s far easier to transfer equipment between characters in Diablo 2 Resurrected, so you no longer need a second person for Magic Find runs. 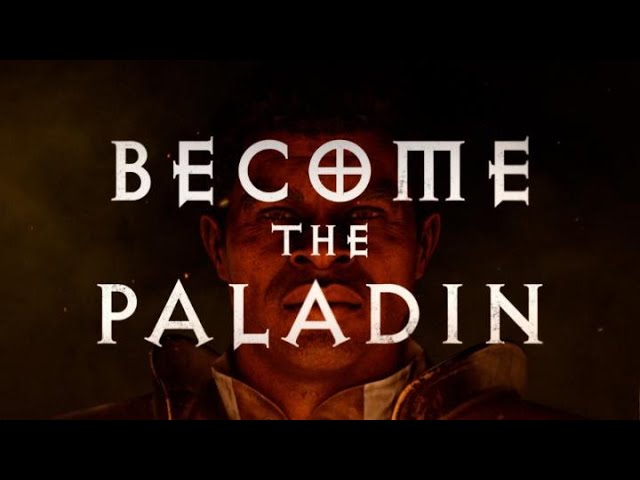 Here are all of the skills you need to level up for the Diablo 2 Resurrected Hammerdin build: 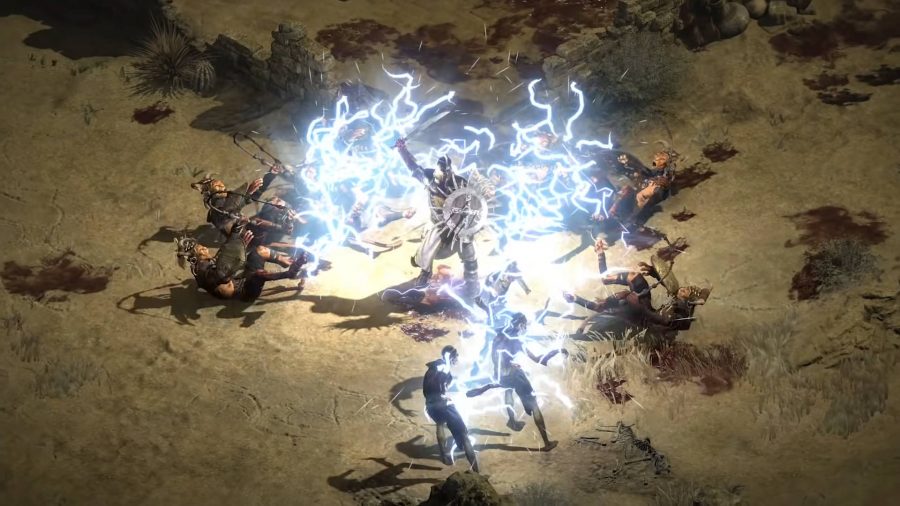 You have a few options when it comes to setting up the gear. However, it’s worth noting a couple of things before we go into the equipment itself. First, you may have noticed that a lot of these items have sockets. Imbuing equipment with socketed items such as gems or runes is as easy as clicking on the gem or rune to move it in your inventory. Once you’ve picked it up, place it on top of the item you wish to socket. It is possible to remove gems and runes from weapons, but using the Diablo 2 Resurrected Horadric Cube recipe will destroy all of the socketed items at once.

Finally, a lot of the equipment here has the Ethereal item flag. Ethereal grants a bonus to damage or defence, depending on whether it’s on a weapon or armour, and a ten-point reduction to any strength or dexterity requirements. However, the critical detail is that these items are self-repairing. If it breaks, the item will stay broken, with its durability remaining at zero. Unfortunately, ethereal items also have half the original durability, and their sale value is reduced by at least 75%.

Here are all the armor pieces you can equip to complete the Hammerdin build:

Your best bet for a hireling is the mercenary you can recruit in act two on Nightmare difficulty. Try to get the Holy Freeze aura as it periodically slows enemies nearby and deals cold damage. You should equip the following items onto this hireling:

The Colossus Voluge is primarily here for the four rune slots for the Insight rune word. Insight gives your hireling the Meditation perk that gives bonus mana recovery for all party members. Andarel’s Visage, on the other hand, is the best helm for a hireling in the game. It gives them additional strength, skills, life drain per hit, and attacking speed. By putting the Ral rune in this weapon, you’ll also give your hireling more fire damage and fire resistance.

That’s all of the equipment, stats, and skills you need to create the Hammerdin – the best Paladin build in Diablo 2 Resurrected. Of course, there are plenty of others, not just for the best Diablo 2 Resurrected Sorceress build, but for the other five classes too. We’ve got build guides for the Necromancer and the Barbarian too, and we’ll have builds for the rest of the classes soon.