Are you looking for the best Barbarian build in Diablo 2 Resurrected? When it comes to picking the strongest Diablo 2 Resurrected class, the Barbarian is certainly part of the conversation thanks to the formidable Whirlwind build. Once assembled correctly, the Barbarian can become an unstoppable spinning wheel of death, capable of slicing through hordes of enemies that stand in his path.

Unlike the best Diablo 2 Resurrected Sorceress build, the Barbarian’s high health pool means he’s able to take lots of incoming damage without having to worry about dying. This is the main reason why the Whirlwind build is so powerful – once you group multiple enemies together, you can blast through them instantly with the press of a button.

It’s been quite a while since Diablo 2 graced modern computers, so if you need a refresher before Resurrected launches, check out our Diablo 2 Resurrected beginner’s guide to ease your way back into the RPG game. If you’re looking for a powerful character to get through the campaign on every difficulty level, the Barbarian Whirlwind build could be for you.

This build is fairly simple to play as the Whirlwind ability does a lot of the hard work for you, though you still need to strategise before heading into battle. Battle Orders and Shout are abilities that use up a lot of skill points, providing you with massive defensive buffs to ensure you can tank plenty of incoming damage. Be sure to activate both of these abilities before a fight to improve your stats drastically. We’ve also put a lot of points into passive skills like Sword Mastery, Natural Resistance, and Iron Skin to take our Barbarian beyond the limits of stat points. 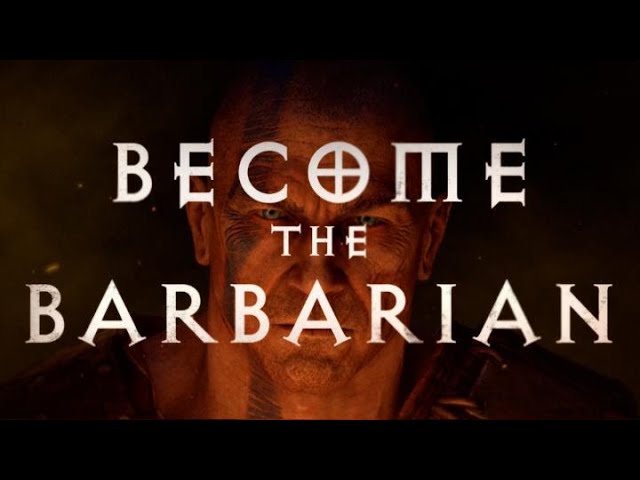 To get the most out of the Whirlwind ability, you need to use this skill in short bursts. Whirlwind hits enemies on specific frames – using this ability in bursts ensures you’re dealing the maximum amount of damage possible thanks to its short animation. It’s also important to attack in a triangular pattern when slicing through several enemies. The triangle shape is the most optimal pattern as enemies struggle to escape the danger zone.

The majority of our stat points go towards increasing the Barbarian’s vitality, not strength, contrary to popular belief. While you can go the max strength route on normal difficulty, this isn’t viable on the harder difficulties as you won’t have enough health to survive. To wield the indestructible Phase Blades, we’re going to need 136 points in dexterity. Don’t put any points into energy, as you can always refill your mana using potions.

Here are all of the skills you need to level up for the Diablo 2 Resurrected Whirlwind build: 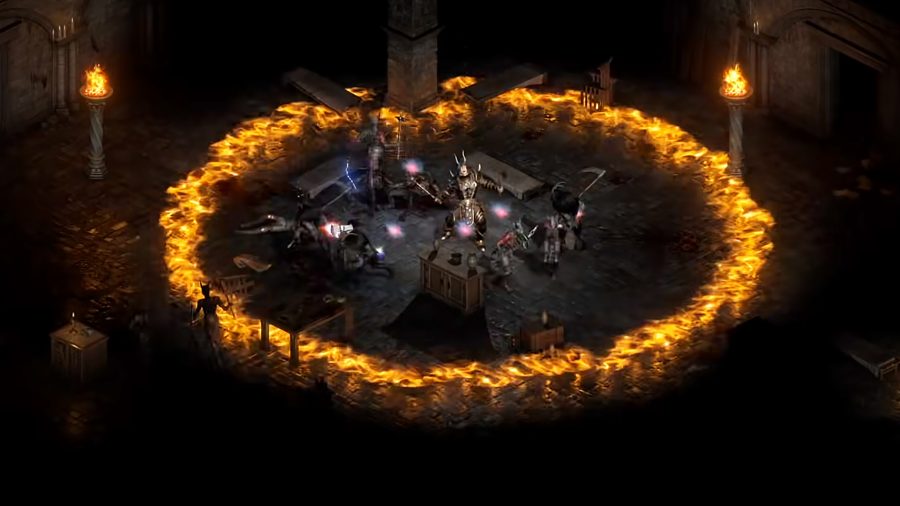 The bulk of this equipment helps to further the Barbarian’s goal of dealing damage primarily with Whirlwind. Highlord’s Wrath increases the Barbarian’s attack speed and adds a 36% chance to land a deadly strike, dealing twice the amount of damage in one blow; mighty impressive for an amulet. The Raven Frost ring adds hundreds to our attack rating to deal more damage and prevents the Barbarian from being frozen, whereas the Wraith Hold ring adds 4% lifesteal to every attack.

Similarly to the best Diablo 2 Resurrected Paladin build, we’re going to recruit the mercenary from act two. With the below items equipped, the mercenary becomes a valuable member of the party as it can finally hold its own. The mercenary’s attack can occasionally cast Decrepify, giving Whirlwind an additional damage boost.

That’s all you need to know to build the best Barbarian build in Diablo 2 Resurrected. Gathering all of the experience points and fancy pieces of equipment for this build is no easy task, but no one ever said building the best melee class in the game was going to be easy. Don’t forget to check out our Diablo 2 Resurrected Horadric Cube recipes guide if you ever need to discover what the magical device can do.