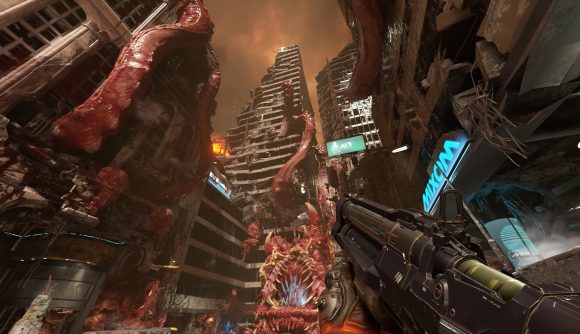 Last year’s Doom Eternal made quite a bit of money for a single-player FPS game. Information gleamed from an ex-employee of id Software’s public profile has the sequel raking in nearly half a billion dollars in its first nine months.

The figure comes from the Linkedin page of David Saunders, former product management lead at id Software from 2017 to 2020, almost the entire development cycle of Doom Eternal. At time of writing, his post on his time at id says Eternal was a “major focus” that “generated over $450 million in revenue” within nine months of release.

It’s not surprising that the 2020 horror game sold well, Doom 2016 was incredibly well-received, generating a healthy excitement for id’s followup. Eternal had an incredibly strong launch, and became one of our games of the year 2020. But making that much without microtransactions or other revenue streams is impressive. Doom Eternal’s asymmetrical multiplayer modes don’t have lootboxes, and apart from the cost of a season pass to access the two-part The Ancient Gods DLC, buying the base game is all the money you need to spend. This is without mentioning Game Pass, where you can play it as part of your standard subscription.

Hugo Martin, the game’s director, has been doing a live director’s commentary over Twitch, streaming each level and discussing the development. In a recent episode, he said he’s put serious consideration into a female Doomslayer.

We recently spoke to Mick Gordon, Doom Eternal’s composer, about putting together the soundtrack to hell. Some form of Doom VR game was rated in Australia in January, suggesting an announcement is on the way.