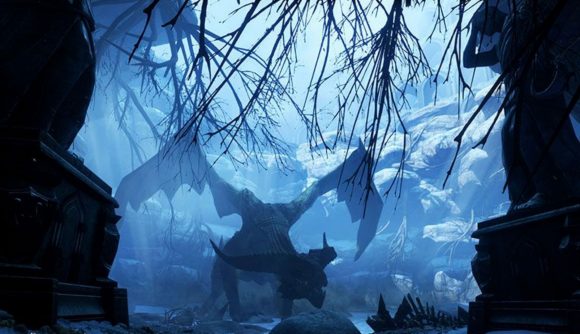 Hey, remember Dragon Age? BioWare has been hinting at the next game in the storied franchise since 2018, when a semi-teaser trailer for what we can only assume will be Dragon Age 4 was shown at the Game Awards. Since then, there’s been precious little in the way of new information, though. But a senior producer at BioWare has assured us that yes, the next Dragon Age is still in development.

Mark Darrah, an executive producer at BioWare, took to Twitter to assuage fan fears that Dragon Age 4 had been put on the back burner – or worse. Not to worry, Darrah says. The game is still in development, but with the development team working from home, things are just taking a bit longer to get done.

Michael Gamble, who is working as the project director for an unannounced BioWare title, teased Darrah for the tweet.

“This is how you increase your follower count,” he said. “Well played.”

Dragon Age holds a special place in many hearts, as you can tell from editor Ben’s in-depth analysis of another one of Darrah’s Dragon Age tweets. Dragon Age: Inquisition is one of the best dragon games on PC, which is primarily due to its badass dragons, if we’re being completely honest.

We’ll probably have to wait a while before we hear anything substantial about the next Dragon Age game, though. At this summer’s EA Play event, all we got was an image of a scary tree.

In the meantime, there are plenty of great RPG games to play while we wait.