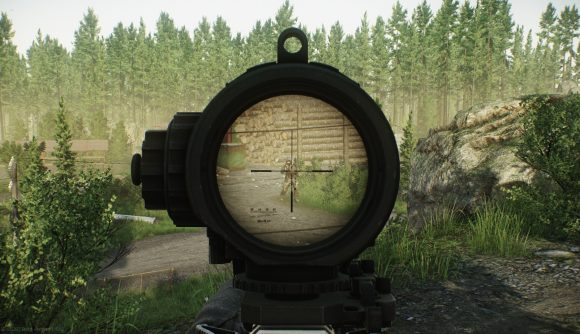 The latest major patch for Escape from Tarkov landed this week, along with a global character wipe that set all players back to the starting line. Naturally, that meant it was prime time for cheaters who wanted to gain an early advantage. Battlestate Games says it banned 3,000 cheaters on the first day following the deployment of the latest patch.

Escape from Tarkov uses BattlEye as an anti-cheat solution, the same system used in Arma 3, Rainbow Six Siege, PUBG, and many other online games. BattleState Games says the BattlEye dragnet caught and banned 3,000 cheaters May 29. That’s not a huge number, granted, but it seems Battlestate Games wants to put some additional focus on cheating in general.

To that end, the company says it will be publicising the results of major ban waves from here on out. Both the number of cheaters caught in this first post-wipe wave and the fact that BattleState will publish the numbers were announced Friday via tweet from the Russian studio’s official Twitter account.

Just now, BattlEye has banned over 3,000 cheaters in #EscapefromTarkov. We decided that we will now let you know about large BE ban waves

Escape from Tarkov saw a surge in popularity at the close of 2019, thanks in part to a campaign with Twitch that let players earn in-game loot by watching Escape from Tarkov streams. The survival shooter – or ‘zone game,’ as I’ve previously argued – is still a fixture on Twitch and the mainstay for several popular streamers.

The recent global character wipe is the unofficial start of a new ‘season’ of Tarkov, and players will have to progress through the game’s quests and progression systems all over again. However, this time it’ll be a bit different thanks to changes in how the player-driven flea market system works and what you’re allowed to sell on it.

If you’re just getting started with the game, have a look through our Escape from Tarkov beginner’s guide.