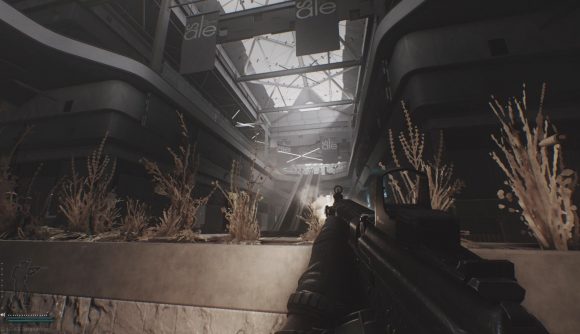 “Hello, Tarkovites,” BattleState’s chief Nikita Buyanov wrote on the Tarkov subreddit. “Need your opinions – how is the 0.12.6 patch, what is good, what is bad. What is needed more than before. Please, tell.”

Patch 0.12.6, or ‘the wipe’ as players refer to it, also made some major changes to the game. Those include Steam Audio, a binaural audio system that makes it easier to tell where things are happening relative to your position and direction in the game world. The patch also changes the rules for Tarkov’s economy by only allowing crafted items or items with ‘found in raid’ status to be sold on the flea market.

Buyanov signed off by noting a new milestone for Escape from Tarkov: “And thank you for your dedication and interest,” he wrote. “We broke 200k online and made a record!”

Since Tarkov isn’t available on Steam, there’s no way to independently verify that figure, or to compare it with Tarkov’s player count over time. However, Escape from Tarkov saw a big bump in player interest and activity in December and January, when it ran a promotion on Twitch that provided in-game loot for players who watched designated Tarkov streamers.

That loot could be surprisingly valuable, and it drew a lot of players’ attention to the game, swelling Tarkov’s ranks. There’s typically some natural dropoff in the weeks following such an event, and as players grow bored they’ll gradually move on to other games.

However, the wipe sets everything back to zero, putting players back onto an even footing with those who had passed them by in the gear grind since the last wipe. That may have helped draw lapsed players back to the game, contributing to the record number of players Tarkov saw shortly after the patch rolled out.

If you’re just getting into the gloomy survival shooter, have a look at our Escape from Tarkov Customs map guide – you’ll probably be spending a lot of time there when you start out.