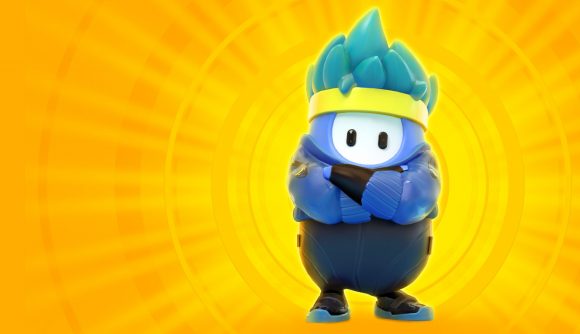 Back in September, Tyler 'Ninja' Blevins won the Fall Guys charity auction for a personal in-game skin as one quarter of a combined one million dollar bid. His costume has been revealed, and he's be available in the battle royale game right now.

That million dollar donation went to Special Effect, a UK non-profit that assists player with physical disabilities in accessing and playing videogames. The contest started as a playful way to capitalise on brands wanting to be involved in the multiplayer game, but quickly became genuine competition, rising into the hundred thousands. Warframe even entered a bid, but developer Digital Extremes' $20,000 couldn't quite hold up to Ninja and company.

Fall Guys recently launched a wintry Season 3, bringing snowy terrain for you and your bean comrades to slide around. Prime Gaming is currently offering an exclusive Winter Warmer bundle for the game.

Surprise!@Ninja is now in the store and he only costs:

Where we falling guys??? pic.twitter.com/Yir0GX2PpG

Ninja joins a plethora of other crossover skins like Godzilla, Sonic the Hedgehog, and the goose from Untitled Goose Game. You can pick up Fall Guys here.