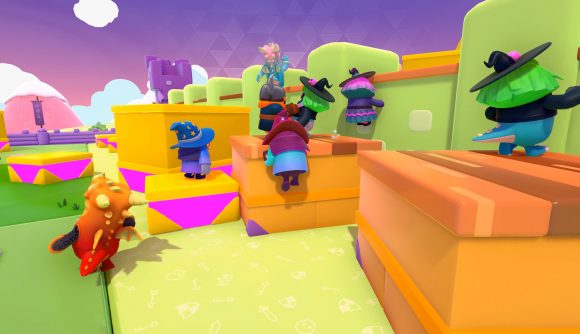 Content for Fall Guys is only going to get bigger and better, or that’s what developer Mediatonic reckons anyway. The studio is confident Season 3 of the battle royale will be even bigger than Season 2, as the teamcontinues to expand.

Commenting on Reddit, a member of the multiplayer game’s community team says the plan is for the third season to deliver more of everything that’s in the current second season. “The team is confident that Season 3 will have more levels than Season 2,” Oliver Hindle, Fall Guys community director, wrote. “We’ve grown a LOT since launch with people joining the studio every week now. We’re investing a lot in growing the team and have huge plans for the game moving forward. We’re really committed to improving it over time and filling it with new content.”

The fantasy-medieval-themed Season 2 came out in October, adding several new stages and costumes. A mid-season update, coming this week, will add another new stage, Big Fans, more costumes, and a tweaking of current balancing and RNG. As Fall Guys was so successful when it launched in August, Mediatonic has had to scale up the development team relatively quickly. Sounds like said hiring spree is going well.

Fall Guys continues to get weird skins, including Sonic the Hedgehog and, more importantly, Godzilla, so you can relive Godzilla’s more comedic years in jelly bean form. Oh, and the Goose from Untitled Goose Game, because that’s a thing that’s happening.

Fall Guys Season 2 is available now. Here’s a list of the best games like Fall Guys, if you need a bit of a break from Slime Climb.