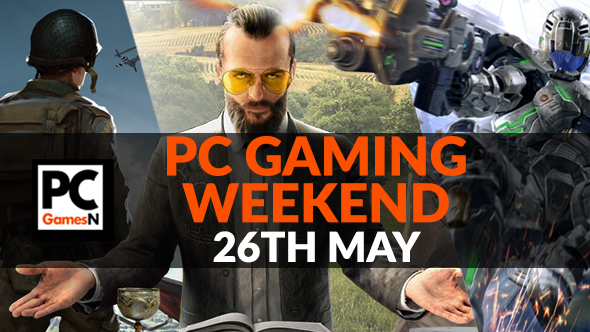 The weekend is here. Don’t question it, don’t fight it, just let it take the weight of the past five days off your shoulders. Ahhh, see, don’t you feel better already? Now that you’re in a more relaxed state, it’s time to find something to do over the next two days. How about playing some new PC games? Yeah, let’s go for it. Bring ’em on.

The weekend might be a break for most of us, but PC games news never stops.

It’s really sunny outside, but you know what, it’s gonna have to wait a while. There are too many PC games to play right now. C’mon, it’s not even June yet, for crying out loud, we’re allowed to stay inside a little longer. Anyway, this weekend we have a couple new games to check out, some free ones to win, and lots of big news to catch up on. You better be ready…

You know what? Sometimes you just need to play a game to release some energy. Our weekend giveaway enables you to do that, and then some. Livelock is a top-down shooter that lets you buddy up with two mates, stomping and blasting your way across deserts and city streets to destroy unrelenting armies of machines. It’s not a completely mindless shooter, though, as your enemies are hell-bent on staying alive – you’ll need to learn their behaviours to survive.

Catch up with the first details on Far Cry 5

The biggest news of this past week is easily the reveal of the next entry in Ubisoft’s biggest shooter series. But Far Cry 5 might surprise you. This time we’re not heading to some exotic land to blow up the natives, we’re hanging out in Montana, USA, to deal with a cult of Christian extremists. There’s a lot more to it than that so make sure you get reading up and watching those trailers.

It’s here! Finally, Vanquish is now available on PC. It originally came out for consoles back in 2010 so Sega only kept us waiting seven years… Anyway, it’s a cracking third-person shooter all about mowing down robots while powersliding around at high speeds. Even better: the PC port is great.

Get excited for a new Overwatch character reveal

Blizzard really know what drives us crazy – yes, it’s new characters for Overwatch. During the game’s anniversary celebrations, lead designer Jeff Kaplan made the promise that “there’s some really cool hero news, just on the horizon.” Is it Doomfist? Is it Athena? Just tell us already!

Turn your Joy-Cons into a unified PC controller

If, by chance, you own a Nintendo Switch, there’s some nifty work you can embark on the adventure of turning the Joy-Cons into a nifty PC controller. We have a guide that outlines two methods that have been discovered so far. It means can put Nintendo’s controllers to work with a superior machine.

You probably don’t need any more reasons to keep playing PlayerUnknown Battlegrounds. The battle-royale survival game is taking on the biggest PC games and outselling them. But this week, a new patch landed, bringing you a new sniper rifle to try out, and a motorbike. Who can resist trying to runover people over with that?

Try out Steel Division and cry for your fallen soldiers 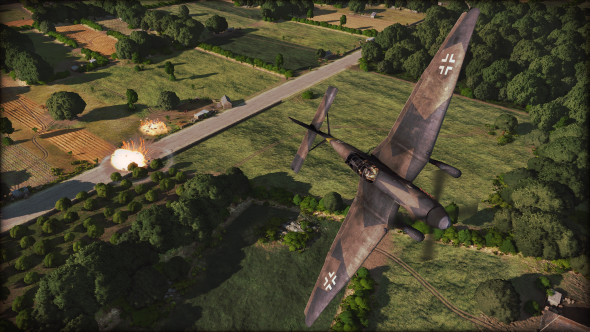 If you’re a fan of WWII RTS games then Steel Division: Normany 44 should have already been on your playlist. It came out this week and we were able to give it a proper look. Unlike many other RTS titles, it has you carry your troops from one battle to the next, so if they die then they are dead for good. Look after those little soliders, won’t you?

Get ready for Computex 2017 next week

One of the biggest PC tech shows is happening in Taiwan next week. You can expect lots of hardware news to be coming out of it, and we’ll be there reporting on it all. One thing we’re expecting is for Nvidia and AMD to be battling it out for the next big processor, so look forward to that!

Discuss the best PC games of 2017 so far

We’re drawing near to the halfway point of the year already. That means E3 is right around the corner. But let’s forget about that tidal wave of news for a second and focus on how good a year for games this has already been. Join us to discuss your favourites.

Play Fallout 4 for free over the whole weekend

If you haven’t played Fallout 4 yet, then, what the hell is up with you? It’s alright, we forgive you, just make sure you jump on this chance to play it for free over this whol weekend. You won’t regret your trip back into the post-apocalyptic wastelands. Just, uh, don’t eat too many seasons rabbit skewers.

That’s everything we have to recommend to you this weekend. Make sure to stick with PCGamesN as we break more news over the weekend. And remember to check out our features, videos, and reviews if you get bored.