Want to know how to get the Cube Queen skin in Fortnite? The cube monsters have distracted the residents for long enough to make their move and converge in the centre of the map of the popular battle royale game. Now their queen has awakened from her slumber as a golden cube and seeks to destroy everything.

In this guide, we’ll be going over how to get the Fortnite Cube Queen skin, as well as the steps you need to complete. Once you’ve finished all of the other challenges, you can grab all of the brand new cosmetic items before the season’s end.

To unlock the Fortnite Cube Queen skin, you have to finish the first Cube Queen challenge: survive five storm circles while carrying a Sideways weapon. To do this, head for any of The Sideways locations that appear on the map and defeat the Cube Monsters inside. Then, grab any one of these Sideways weapons by opening a chest:

So long as you keep hold of it at the end of a storm circle, you’ll progress. Thankfully, you don’t have to do this all in one match. 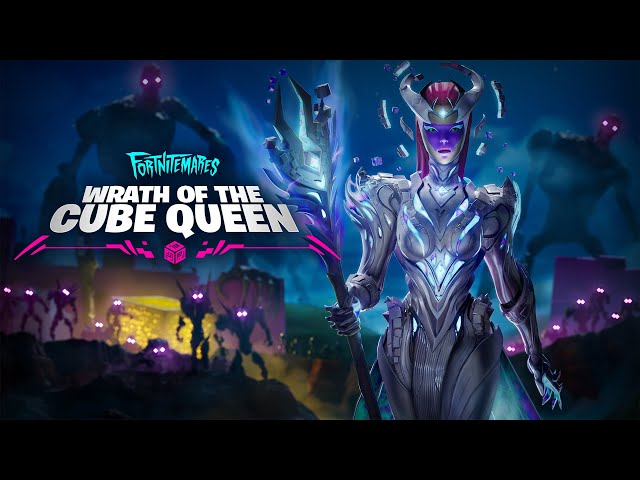 Completing the rest of these quests unlocks unique cosmetic items linked to the Cube Queen, including a style for finishing each page of challenges. Most of them are relatively straightforward, especially if you’re heading into The Sideways a lot. To shake down opponents, we recommend seeking out the Fortnite IO guards and eliminating one of them before shaking them down. Shadow stones are in areas where parts of the mothership crashed at the end of the previous season, and the smoke stacks are the two tower-like structures in Steamy Stacks that you can jump into and glide to the top.

Here is how to complete all of the Fortnite Cube Queen challenges and what they unlock:

Once you’ve completed all of these challenges, you will have some fabulous looking new skins and bling to show off to the world. If you want more experience to unlock some more skins for the latest season, we recommend that you complete some more of the punchcard challenges. If you’re not sure where to start, check out our Fortnite NPCs guide for their locations.