Want to know where the dead drop is in Fortnite? The first one of the legendary quests this week is to find a dead drop in Weeping Woods for the leader of IO to contact you. This is Doctor Slone, one of the Fortnite NPCs that is normally hostile and attacks you in the Corny Complex IO base, but she now claims that there is a mole in her organisation.

This quest line sees you step onto a body scanner, talk with a bunch of NPCs that are still loyal to the IO, and then finally deal damage using the IO alien weapons, before damaging an IO guard. All of these quests seem relatively straightforward, but completing them is another matter, as you need to locate them first.

If you want a whole bunch of experience to put towards the Battle Pass and unlock some of this season’s Fortnite skins, you’ll want to finish these limited time quests as soon as possible. We’ll begin with giving you the location of where you need to go to find the Fortnite dead drop in Weeping Woods. 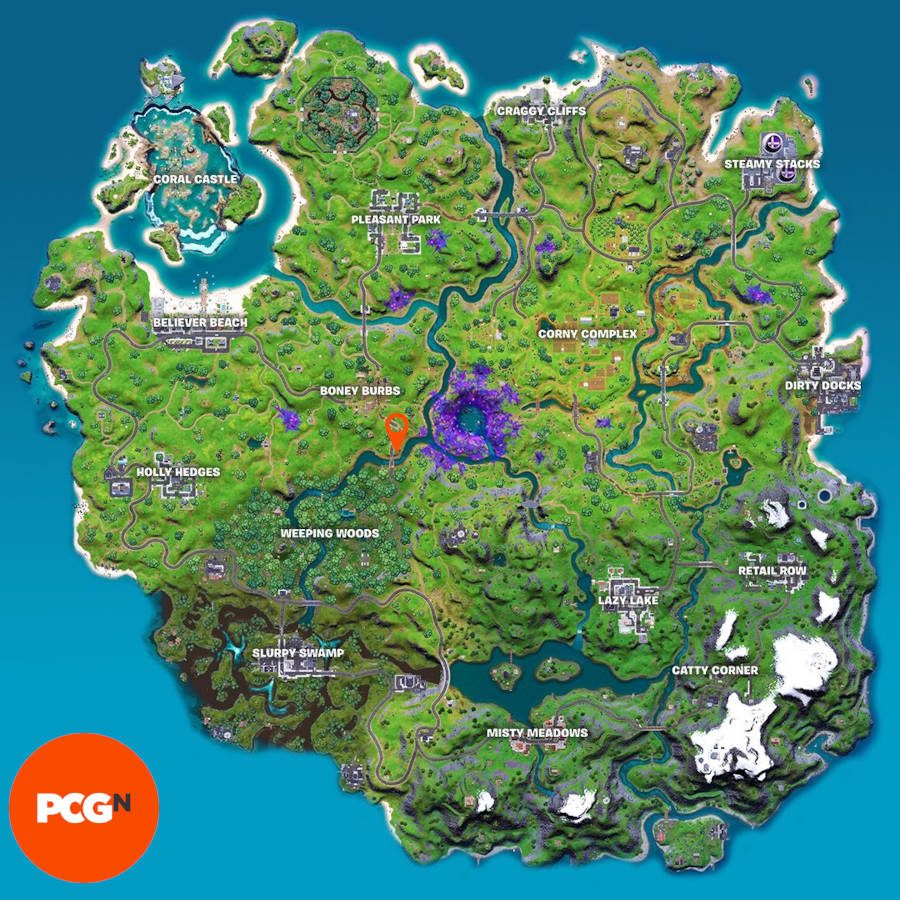 It really is as simple as that to find the Fortnite dead drop in Weeping Woods. While you’re here, you may want to know what the tweaks are to Fortnite crafting and which animals appear on the map in this new season. We’ve also got guides for recent collection-based challenges, including the locations for the spray cans, and the graffiti-covered walls.