The latest season has given us all sorts of weird and exciting curveballs along the way, from the introduction of Fortnite alien nanites, to changes to Fortnite crafting and to the Fortnite animals that were introduced in the previous season.

While you only need to deploy three decoy cows in farms, there are 14 cow outlines showing potential decoy cow locations. These outlines are scattered across two areas: Hayseed’s Farm and Corny Complex, so read on to learn where to place cow decoys. We have a map of both areas with pins showing where each cow can be placed, and detailed descriptions of the local area so you know where to place them.

Here are all 14 locations for placing Fortnite decoy cows: 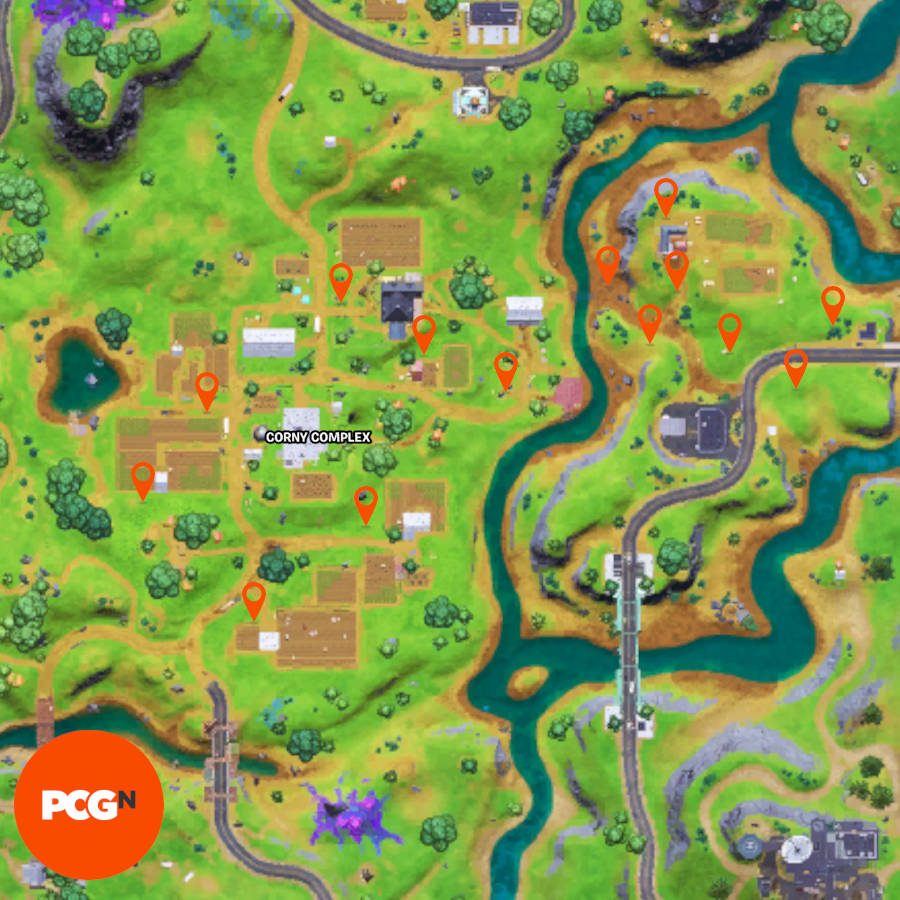 Those are all 14 locations to place cow decoys in Fortnite farms. Be sure to also check out where this week’s Fortnite alien artifacts locations are, as they can be used to unlock new Fortnite Kymera styles. You can also check out our Fortnite NPC guide in case you’re looking for a specific NPC to buy items from, or learn how to use an Inflate-A-Bull – a new item that was introduced to the game this week.