Want to know where the Fortnite Ghost ruins and the Shadow ruins are? Long term fans of the game may remember two rival factions of spies: namely E.G.O. and A.L.T.E.R. (or Ghost and Shadow respectively). In the early days of Fortnite Chapter 2, both factions were very much active, but have essentially been replaced by the IO agents. That said, their bases are still in the area.

A recent challenge asks players to find both the Ghost ruins and the Shadow ruins, which is easier said than done, as the island has slowly erased the existence of both factions over time. Ghost’s island base is still there, but in a dilapidated state. Meanwhile, all that’s left of the Shadow faction’s base is a skull etched into the landscape, some pools, and a closed-off dock.

As we ramp up towards the Fortnite Chapter 2 Season 7 release date, there’s tons to be getting on with. The first two Foreshadowing challenges have gone live, so check out our guide on where to find the broken telescopes and downed black helicopter for details on what to do. However, in this guide, we will give you the location for each of the three different ruins, and what you need to do once you arrive at that location. 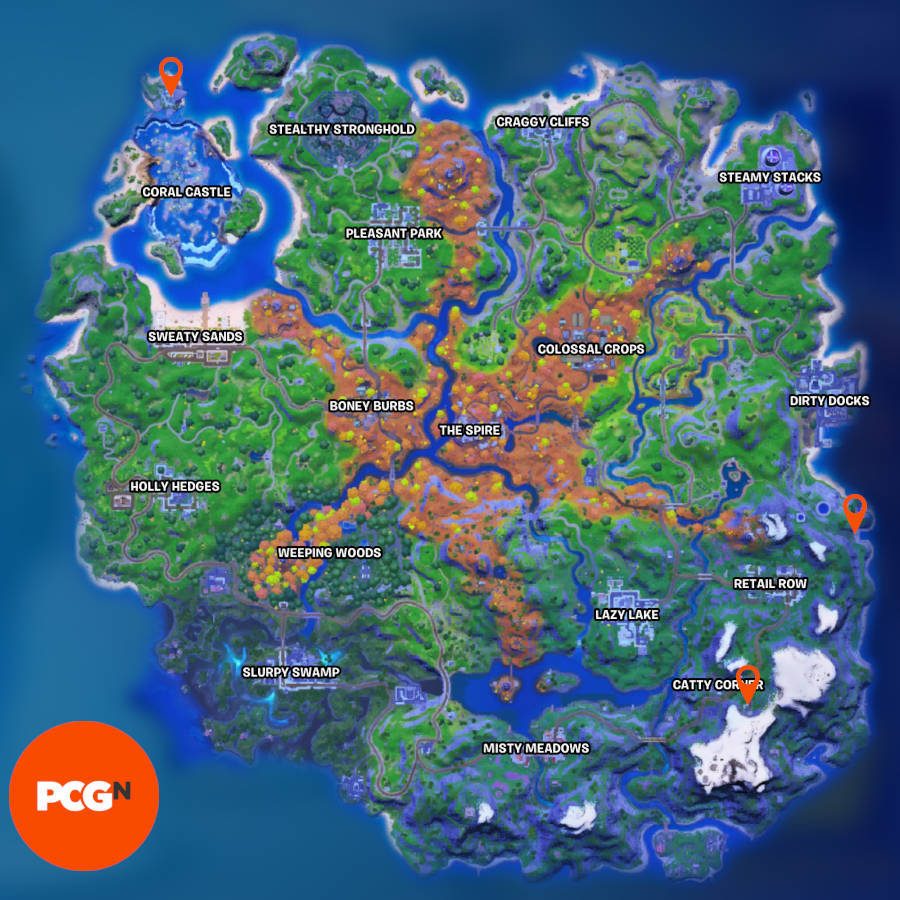 The Fortnite Ghost ruins are on the island just to the north of Coral Castle. This island is extremely run down, but the emblem for the Ghost ruins is right at the centre, through the door from the small dock on the island.

The Fortnite Shadow ruins are south of Dirty Docks. This is quite a big area, so just head for the two pools if you’re coming from Retail Row instead.

The third ruins you need to visit is the secret bunker just to the east of Catty Corner. Luckily you just need to be near the entrance.

And those are all three of the Fortnite Ghost and Shadow ruin locations. We’ve also got plenty of guides on Fortnite crafting, how to tame animals, and how to unlock Neymar Jr.