Looking for the cosmic chests in Fortnite? Chances are that you are playing the battle royale game with friends. That’s good, because there’s a new exclusive collectible that can only be found when playing with a small squad of friendlies: randomly spawning cosmic chests.

The good and bad news is that whenever a cosmic chest appears for you, it pings on the map for everyone nearby. Opening one however is a lot harder than you think, and not just because everyone in the vicinity knows where to find it. There’s a time limit to opening the cosmic chest and it requires everyone on your squad to be alive and next to the chest to open it.

The loot is extremely valuable though, particularly if you’re hunting for Fortnite alien artifacts to unlock those sweet Kymera styles. We’ll go over how Fortnite’s cosmic chests work, the rough locations where they may appear during a match, and the steps needed to open them up and claim the goodies inside. 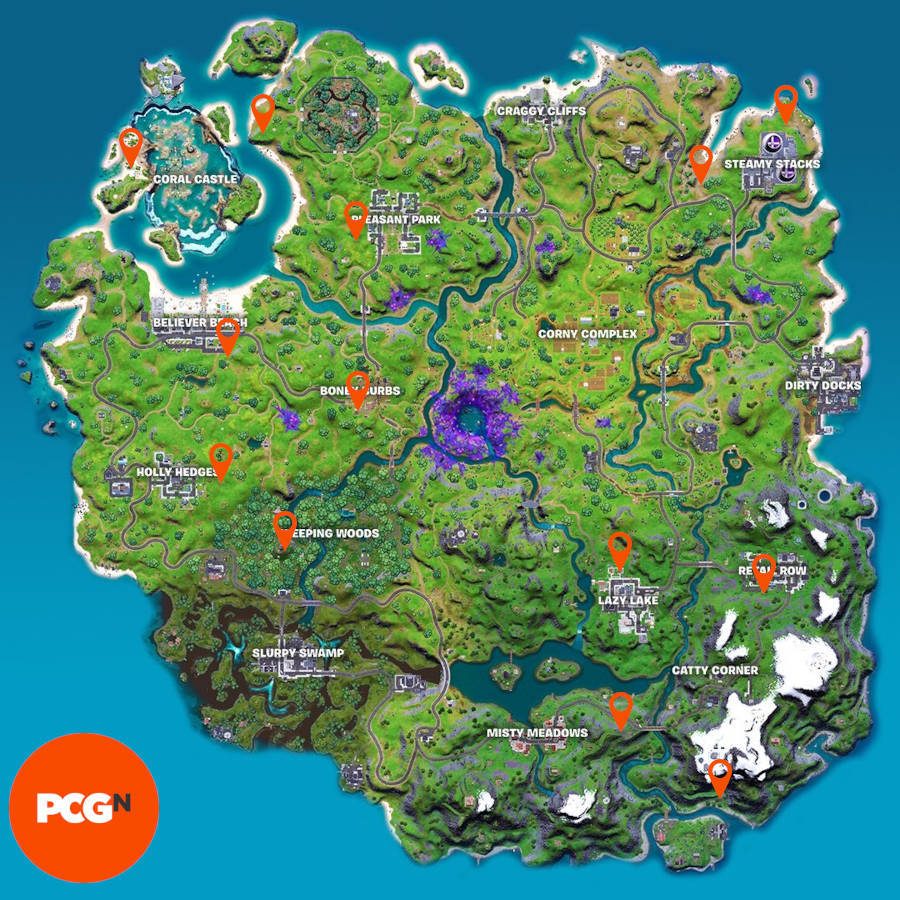 While the map above shows specific locations, the truth behind the cosmic chests is a little more complicated. You must be in a Duos, Trios, or Squads game for them to appear. Team Rumble, any LTR mode, or Solo do not count.

These chests are also not guaranteed to appear in any of these locations, and won’t show up at the start of the game. It takes roughly a couple of minutes for them to spawn somewhere close to the pins on the map above.

Here are the rough locations where Fortnite cosmic chests can spawn: 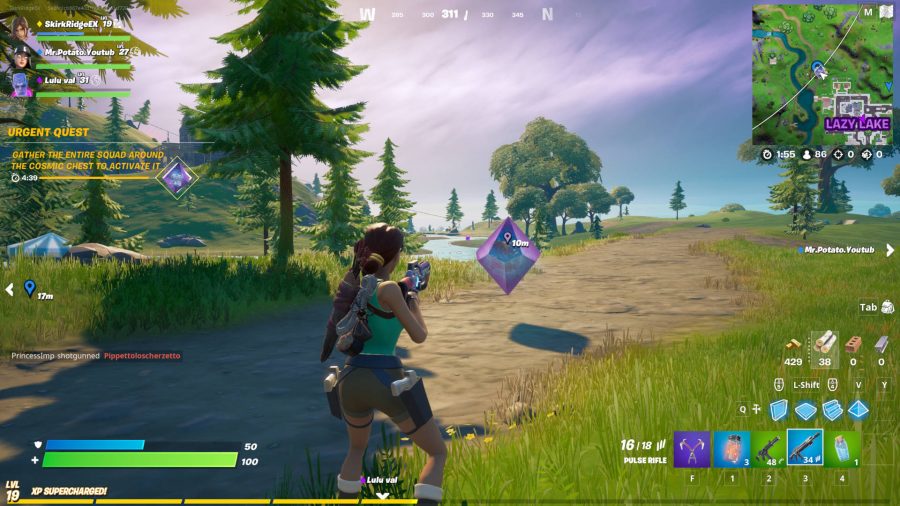 How to open Fortnite cosmic chests

When the cosmic chest appears, it doesn’t activate until a player approaches it. As soon as you get close enough, a five minute timer begins, so it’s best to clear the area beforehand and have the whole squad with you to break it open.

Once you’re close by, follow these instructions to open the cosmic chest:

That’s how you open the Fortnite cosmic chests. Inside you’ll find all sorts of valuable items, including legendary weapons and alien artifacts. They may not be a worthy investment of time, especially considering everyone playing Duos, Trios, and Squads is working together to win the game. As for other features in this season of Fortnite, you may want to know more about the Fortnite alien weapons, or a full list of all of the new guns in Chapter 2 Season 7. There have also been some tweaks to crafting and which animals appear on the map.

We’ve also got guides for recent collection-based challenges, including the locations for the spray cans, the graffiti-covered walls, the dead drop points, and the body scanners.