Want to know where to dance near Zyg and Choppy in Fortnite? There are a bunch of new legendary challenges that require you to interact with a CB radio, place welcome gifts in Holly Hatchery, and deploy alien nanites. Before long, you’re asked to dance near an NPC that is somewhat elusive if you don’t know where to look.

That NPC is actually two: Zyg and Choppy. It’s unclear which is which, but if we had to guess, Choppy is the small purple alien manipulating Zyg, the robot with a special Kymera gun. They’re not immediately hostile, instead they’re focused on the arduous task of planting alien parasite eggs, so you should be able to dance near them without too much trouble. However, if you decide to fight afterwards, get ready as Choppy’s shields are hard to penetrate and they’re equipped with a powered up version of the already devastating Kymera gun – one of the new Fortnite alien weapons.

To finish this challenge quickly, we’ve made a map showing all of the potential locations of Zyg and Choppy in the Fortnite map. 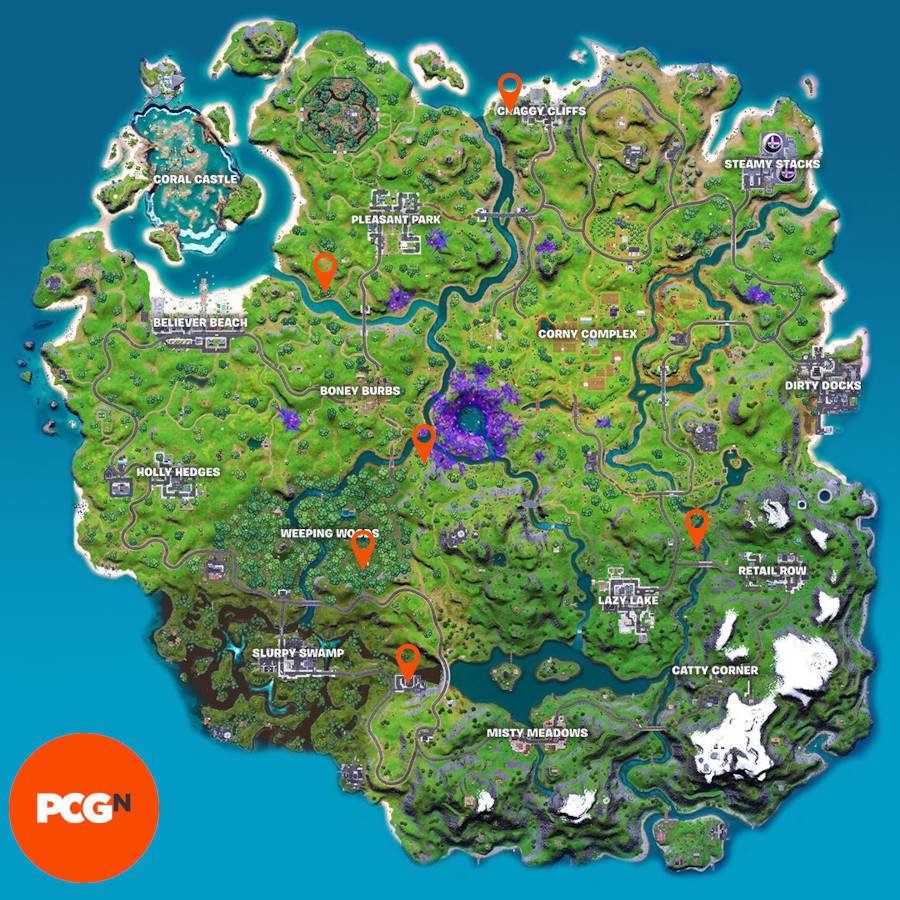 Zyg and Choppy are found in one of six different locations and will patrol a different area each week. They’ll appear in a new location clockwise from the previous pin. You can find Zyg and Choppy in:

If you decide that you want Zyg and Choppy’s gun, note that they have a larger shield pool than most of the Fortnite NPCs. They perform attacks in short bursts, so hide behind a crafted wall whenever you hear the sound of the gun powering up. Once eliminated, they leave behind the special mythic rarity Kymera gun.

And that’s everything we know about Zyg and Choppy in Fortnite. In addition to the previous challenges, you also need to become infected with a parasite from one of the Fortnite animals, and travel to Believer Beach to meet up with Sunny. Thankfully, if you stick around Zyg and Choppy long enough, you should be able to get infected quickly. Hopefully you have some transportation nearby to get to Sunny before being eliminated by another player.