So, you want to play more games like Total War? Creative Assembly’s seminal strategy series is a law unto itself, offering a rich, far-reaching turn-based campaign layer while also letting you load into a separate real-time tactical map where you can take your armies and fight it out for the glory of Rome/Sigmar/Troy/etc.

In the pantheon of strategy games, few have approached Creative Assembly’s unique vision, so when it comes to looking at other games that follow a similar mould you have to think really hard about what it is you actually want. Do you want something with a similar tactical layer? Something that offers a great campaign? Something that genuinely does try and do a bit of both?

Without any obvious competitors, this leaves us with a lot of ground to cover. There’s more strategy games out there than we’ll ever remember, so we’ve decided to focus on some new titles, as the classics have been well trod by now. Here are five options that just might scratch that Total War itch – enjoy! 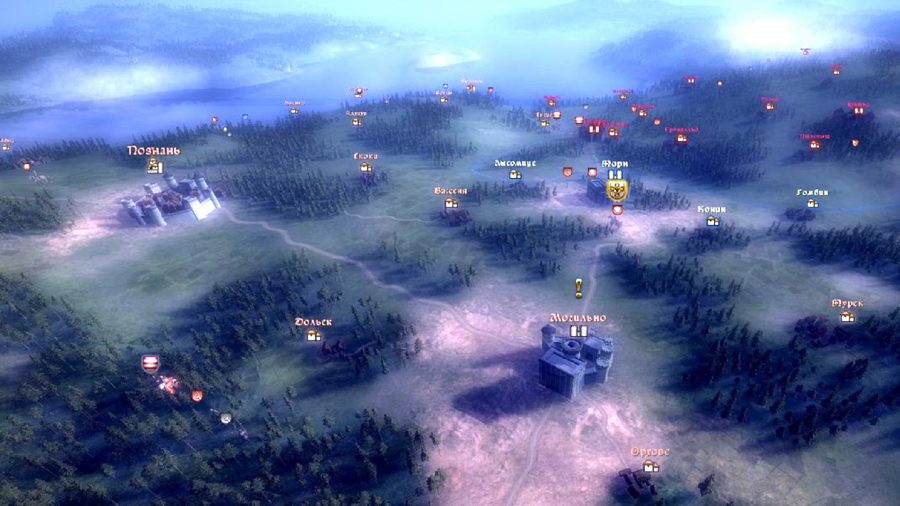 The Real Warfare series is a relic from the 2010’s, where mid-tier publishers like 1C Entertainment were championing indie strategy projects from across Europe. Some were interesting, others less so, but all of them tended to have the same issues of underdevelopment that you just wouldn’t be able to get away with in 2021.

Real Warfare 2: Northern Crusades builds upon two previous alternatives to Medieval: Total War – Real Warfare 1242 and XIII Century. The only difference – and the crucial distinction that brings it to our attention today – is that Northern Crusades was the first to add in a campaign later. You would find yourself in control of an army, roaming across a map of north-eastern Europe, before loading into a seperate real-time tactical layer.

It was pretty cool – like a hyper-focused Medieval 2 mini-campaign, except the campaign layer itself was also in real-time, which makes this also a bit like Mount & Blade, or Heroes of Might and Magic. Sadly, the studio created it is no more and the game still has some lingering bugs, but it’s available pretty cheap on Steam if you want to check it out anyway. 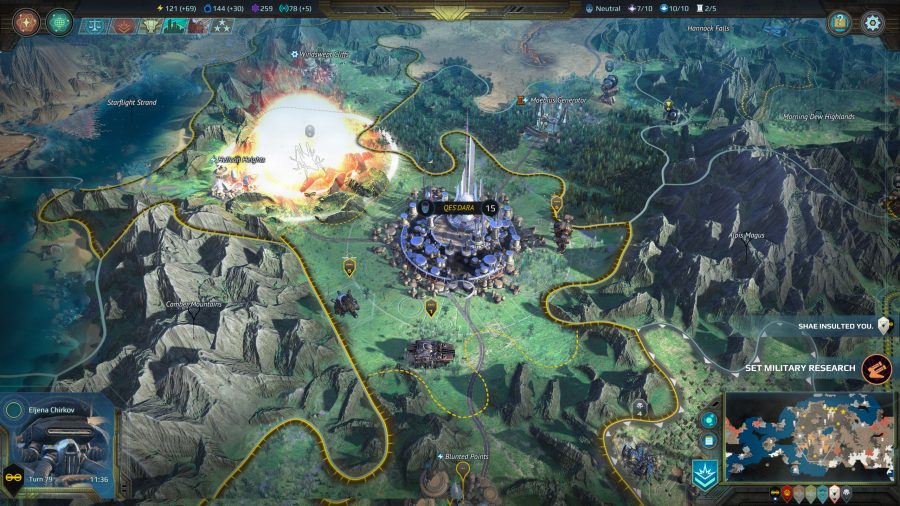 Planetfall is set long after the collapse of a galaxy-spanning empire, with the survivors taking their first steps back into the universe to try and piece together what happened. Every game has you landing on a new planet, with a new story to unearth, as well as other major and minor factions to contend with. The map is split into sectors, each one filled with mysteries and special dungeon-like zones for you to clear out and explore. 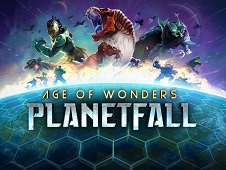 There is a tactical layer where you can fight out all your battles, although it’s turn-based as opposed to Total War’s real-time. Still, a great game that’s well worth checking out if you haven’t already. 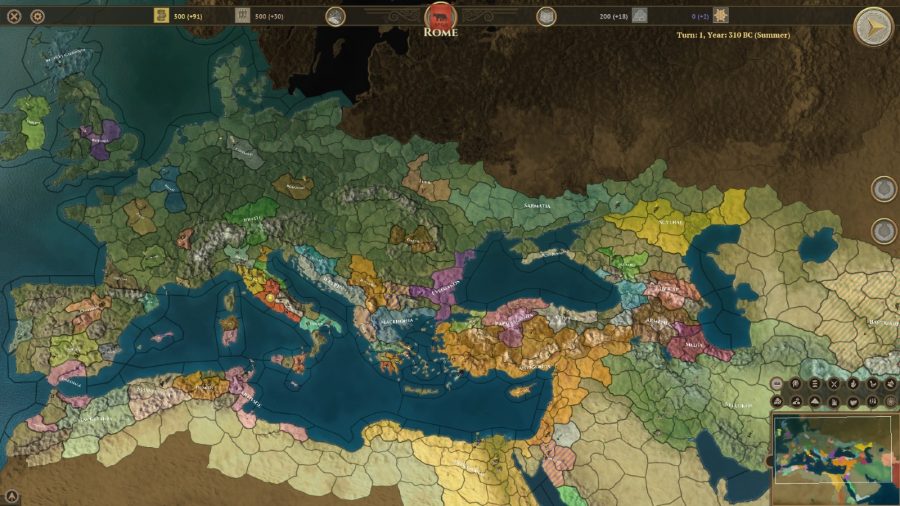 If you want something that reminds you of old school Total War, then Field of Glory: Empires is an interesting one to check out. It’s a grand strategy wargame set in ancient times, and you can choose to play as many of the usual suspects – Rome, Carthage, Parthia, and others. It definitely reminds me of OG Rome: Total War vs Total War: Rome 2, but it’s got some unique mechanics that give it an edge.

It doesn’t technically have its own tactical battle engine, but you can give it one if you combine it with another one of Slitherine’s games – Field of Glory II. By porting the battle data from one game to another, you can play it out in full (although FOGII is a turn-based game, not real-time) and then port those results back into Empires, and carry on as normal. A novel, if not the most efficient, use of two very different games. 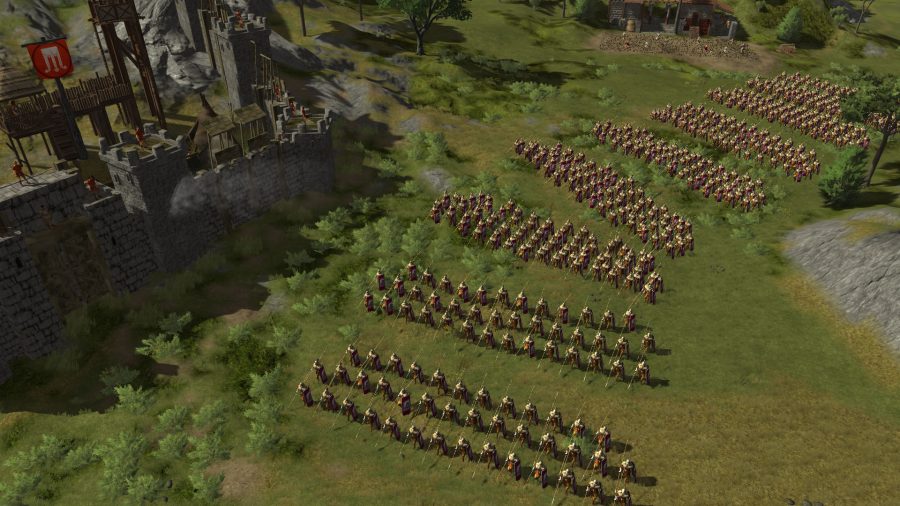 Hegemony III – Clash of the Ancients

This one is probably the least like Total War out of the group, but it’s still pretty good and shares many traits that will draw you to it for the same reasons you like Total War games. Hegemony III is set in the Italian Peninsula, long before Rome came to dominate the region. You can choose the city of Rome itself, or a number of other factions from the period, and you must slowly expand and conquer the map.

It’s a wargame at heart, and a lot of what you’re doing is ensuring you’ve got enough food to feed your citizens during winter and your armies while they’re operating outside your territory. The map is littered with nodes where you can build forts and bridges – and you can set up supply lines to ensure there’s enough food to support an invasion of a neighbour.

It’s very indie, but a fascinating take on ancient warfare that will keep you hooked for hours on end. Everything’s in real-time here, and this is the only game on the list that doesn’t load you into a separate tactical battle interface – you just fight it out on the campaign map whenever you encounter enemies. 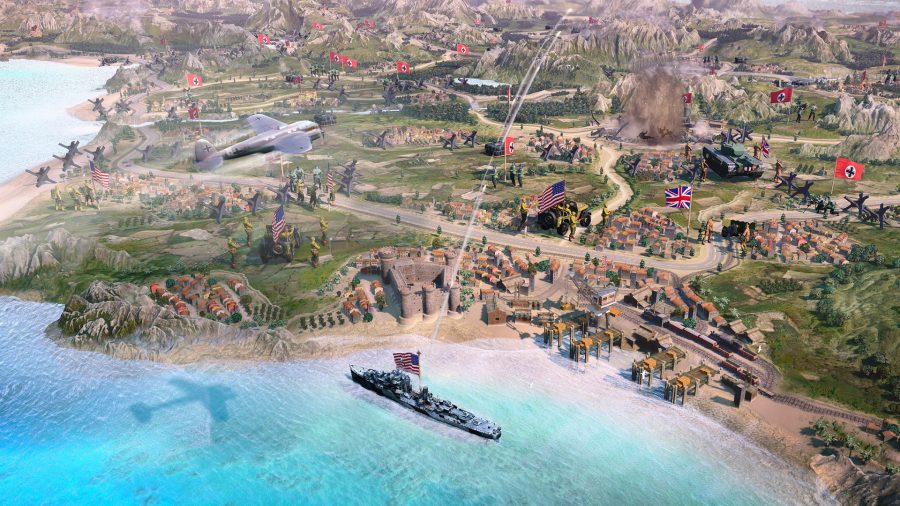 The final entry on our list isn’t actually out yet, but it’s an easy one to group in with the above because even Relic – the developers of Company of Heroes 3 – has stated it’s been inspired by Creative Assembly. It’d be hard not to take notes, considering the two studios are both owned by SEGA and there’s probably a lot of collaboration that goes on.

Company of Heroes 3’s biggest innovation is the reason it’s on this list – the inclusion of a turn-based campaign layer. The tried-and-true real-time tactical layer makes a return in all its glory, but it’s now tied together with a campaign map that lets you move armies about as you fight over the mediterranean during WW2.

There’s no empire management, but you do need to take over towns, build up a logistics base, and make sure you keep your armies in good supply. The meditterannean is an rarely covered WW2 theatre, and it’s great to see it brought to life like this.

We had a hands-on with the pre-alpha and we’re very excited to see how it shapes up – it’s looking like a late 2022 release date at the moment.