Are you trying to find Lumenstone Ore in Genshin Impact? The latest Genshin Impact update features a quest line to get players to explore The Chasm, a new location with a lower floor containing underground mines. While you can access the overground by simply walking into it, you may need some help to unlock The Chasm in Genshin Impact.

These mines contain Genshin Impact Lumenstone Ore, a special type of crystal capable of storing energy. The new quest focuses on the Lumenstone Adjuvant gadget, a crystal that only works within The Chasm, and lights up the dark paths within the caves. With the gadget equipped, it floats near your character and emits a light source when you collect specific items.

Throughout the course of the quest, you need to bring the Lumenstone Adjuvant to Jinwu in order to level up the gadget. This allows you to store more energy inside the gadget, and earns in-game rewards such as adventure experience, mora, and Acquaint Fate. Here’s everything you need to know about Lumenstore Ore in Genshin Impact.

How to find the Lumenstone Adjuvant gadget

Once the seal on The Chasm has been broken, you can start The Chasm Delvers quest line. Glide towards the large wooden plank being held up by a crane to descend into the mines. Grab the glowing blue crystal to trigger a short cutscene, followed by a tutorial on how to use the Lumenstone Adjuvant.

Let me in: Here’s how you can unlock the Lost Valley domain

You can grab Lumenlamps and Lucklight Flies to power up the Lumenstone Adjuvant, however, this gadget has a finite amount of storage unless you upgrade it. As you make progress in the cave, you will find Jinwu, the safety technician who can level up your gadget once you collect enough Lumenspar and Lumenstone Ore. 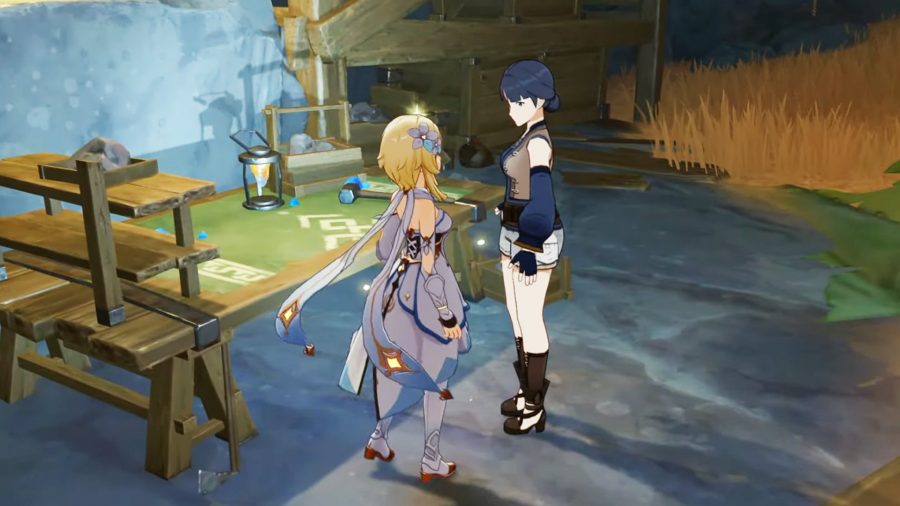 Where to find Lumenstone Ore

When you finish The Heavenly Stone’s Debris quest where you have to activate the mechanism inside The Chasm, turn to the left after talking with Zhiqiong to find the second Lumenstone Ore on the ground. Use this ore to take your Lumenstone Adjuvant to level six.

The third and final Lumenstone Ore can be found after you obtain the Key to a Stony Hall from Khedive. The quest leads you to the gate that Zhiqiong wants to explore, head to the gate and use your newfound key to unlock the door. The Lumenstone Ore can be found inside a blue tent just as you walk through the gate. You can upgrade your Lumenstone Adjuvant to level eight, giving you two Intertwined Fates to use on any Genshin Impact banner.

That’s all you need to find Lumenstone Ore in Genshin Impact. Once you’ve finished up with this quest, check out our Genshin Impact events page where you can find the current and upcoming events coming to the anime game. We also have a Genshin Impact codes guide if you’re looking for a quick way to claim some spare primogems, mora, and more.