Trying to unlock the Lost Valley domain in Genshin Impact? If you want to find the Vermillion Hereafter and Echoes of an Offering artifact sets, you’re going to need to unlock this brand new domain. You can use the new Vermillion Hereafter set to increase your damage output with Xiao, and the Echoes of an Offering set provides a similar boost when paired with Yoimiya and Ayato.

The Genshin Impact Lost Valley domain is found in The Chasm, the newest area added to the anime game in the Genshin Impact 2.6 update. You can easily access The Chasm if you’ve cleared the Liyue region already – don’t worry if you haven’t, we’ve highlighted the area on a map to make it easy to travel there.

The new update also introduces plenty of Genshin Impact events, including Hues of the Violet Garden and Spices From the West. These events change as the weeks go by, so we recommend tackling them right away to unlock primogems, mora, and much more. Here’s everything you need to unlock the Lost Valley domain in Genshin Impact.

Where to find The Chasm

The Chasm is located to the west of Lisha in Liyue – there are multiple paths to this area but you have to travel to Lisha beforehand. We highly recommend heading to the Statue of the Seven in The Chasm to reveal the map, highlighting the teleport waypoints in the area. In addition to this, you can use the Statue of the Seven to switch your Traveler’s element, allowing you to unlock the Lost Valley Domain. 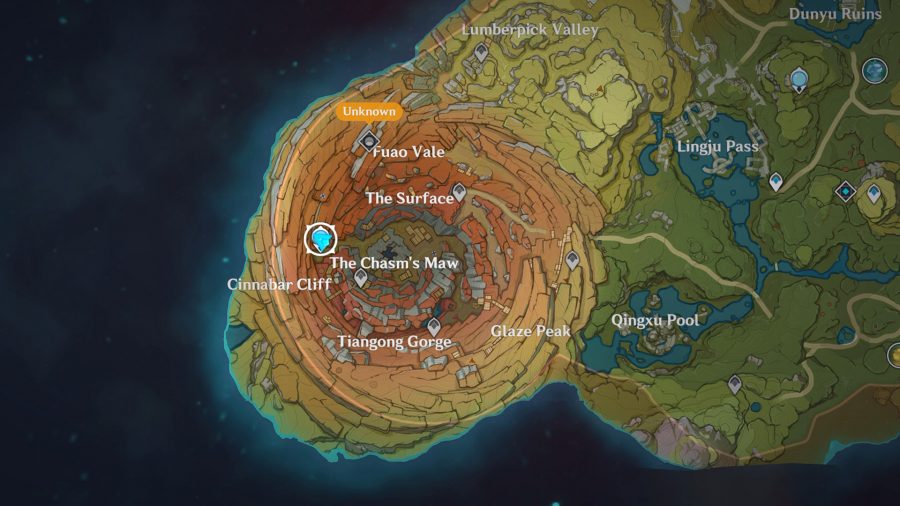 How to unlock the Lost Valley domain

To unlock the Lost Valley domain, fast travel to the Statue of the Seven in The Chasm, pan the camera to the left and run to the tree with pink leaves leaning towards the edge. Glide towards the large rock in the distance and land on the grey circle on the ground. You should find some enemies in the same area; take them out to unlock the chest on top of the grey circle.

The domain is blocked by a large rock with a Geo sigil on it – in order to destroy this obstacle, you need to activate the resonance between the Geo Constructs. In theory, you should be able to do this with multiple Geo characters, but we’re going to stick with the Geo Traveler which every player has access to.

First, you need to place a Geo Construct using the Traveler’s elemental skill on top of the large rock with exposed yellow minerals. Paimon will then talk about the shockwaves travelling between the minerals. You can extend the shockwaves by placing Geo Constructs in the correct areas. Head back to the grey circle and activate your elemental burst near the large rock with the Geo sigil, then place a second one beyond the grey circle. 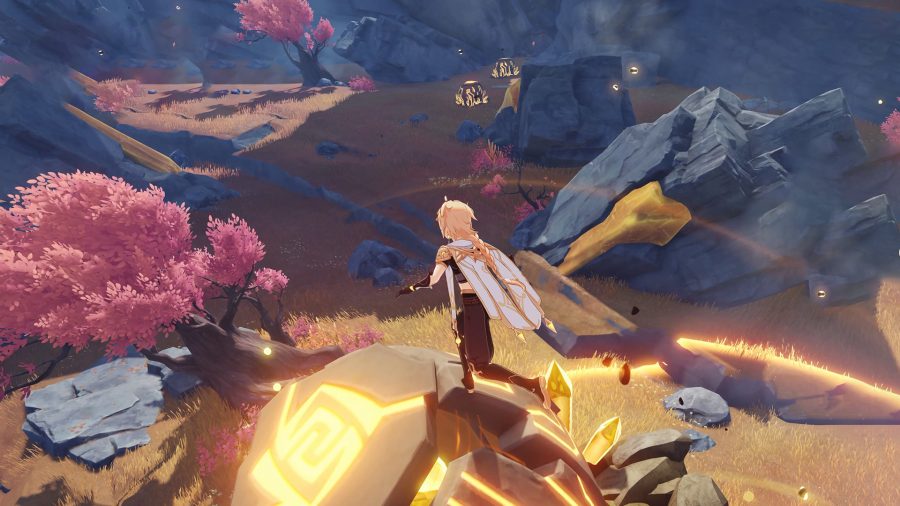 Related: How to activate the mechanism in the Genshin Impact Chasm

That’s all you need to unlock the Lost Valley domain in Genshin Impact. If you haven’t caught up to date with the latest news, Yelan and Kuki Shinobu have been officially revealed after months of speculation. Stack up your primogems before the new characters launch by checking out our Genshin Impact codes guide.