The Thunder Manifestation is a pretty intimidating enemy, but the real challenge is actually finding its location, which is a complex process. The floating Electro boss is located at the top of Amakumo Peak, on Seirai Island. You need to gain access to Inazuma before you can reach this place, but even if you have already unlocked the island nation, you won’t be able to simply walk up to the Thunder Manifestation as it is surrounded by a massive Electro storm.

Getting past this storm and unlocking the Thunder Manifestation boss involves some island-hopping and puzzle-solving. You need to fly from floating island to floating island and seal the four ‘Warding Stone’ puzzles to complete the Seirai Stormchasers World Quest and permanently unlock the Thunder Manifestation boss fight. Here’s how to unlock the Electro Oceanid in Genshin Impact.

You may have already tried to reach Amakumo Peak, and quickly discovered that this area is a very deadly one. Those who don’t die from the constant Electro damage are probably finished off by a lightning strike.

In order to unlock the Thunder Manifestation, we need to solve the Seirai Island Electro problem by completing the Seirai Stormchasers World Quest. If you have access to the Inazuma region, you will find this quest inside the Journal – you may have to get close to the Adventurer’s Guild to trigger it. 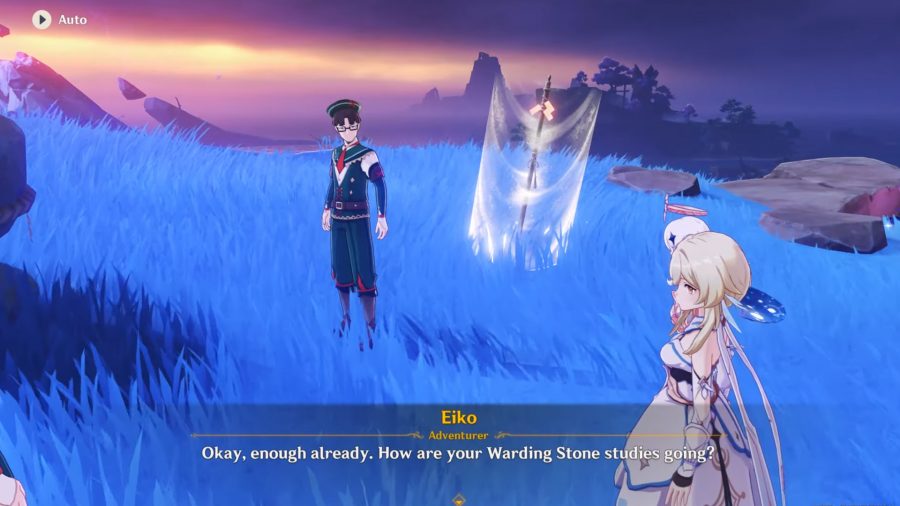 To begin the Seirai Stormchasers World Quest, talk to Katheryne at the Adventurer’s Guild in Inazuma City. She will send you to Seirai Island, where you need to speak with Eiko. Thankfully, you won’t get hit by the Electro storm in this part of the island. You then need to complete some objectives (following footprints, defeating some treasure hoarders) and investigate the first Warding Stone.

Related: See how your party fares on our Genshin Impact tier list

The first stone is on the ground, but you’ll have to travel between the tiny floating islands high up in the sky later on. They are connected by Phase Gates (the Electro portals) and Thunder Spheres, which you can use the Electrogranum to travel towards. 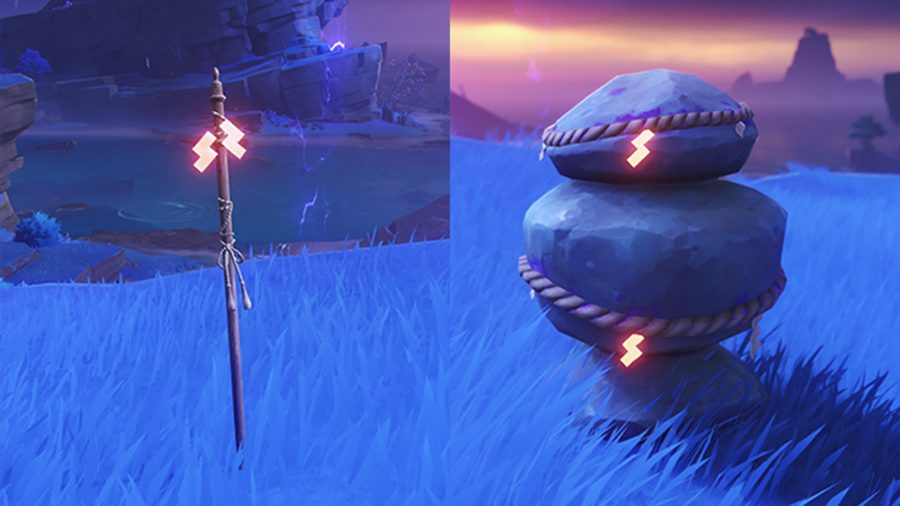 How to complete Warding Stone puzzles

The remainder of the Seirai Stormchasers World Quest mostly involves doing the Warding Stone puzzles. To solve a puzzle, you must first find the three paper charm hangers belonging to that Warding Stone and interact with them.

After completing the fourth and final Warding stone puzzle, a stone plateau will form in the middle of Seirai island. Finally, you’ve found and unlocked the Thunder Manifestation location!

How to fight the Thunder Manifestation

That also means that a Pyro or Cryo character can easily cast elemental reactions on the Thunder Manifestation. A five-star Bow character like Yoimiya or Aloy would be a great teammate for this fight. Despite being an airborne enemy, however, the Thunder Manifestation will often be in melee range (so you’re not forced to bring Amber if you don’t want to). If you don’t have many five-star characters, you could bring someone like Chongyun, Sucrose, or Bennett to this fight.

That’s all the info you need to find the Thunder Manifestation location in Genshin Impact! Enjoy the fight and don’t forget to collect your Storm Beads afterwards. Check our Genshin Impact fishing guide for help catching fish, and our Genshin Impact amakumo fruit locations guide to help you level up Raiden Shogun.