Yoimiya joins the roster of new Genshin Impact characters as part of the current Genshin Impact banner alongside the four-star Sayu. If you’re looking for the best Yoimiya build in Genshin Impact, then here’s how to create the ideal build based on Yoimiya’s abilities.

The Genshin Impact Yoimiya banner, Tapestry of Golden Flames, has dropped. You now have a chance to play as the five-star firework shop owner, also known as the Queen of the Summer Festival, who lives in Inazuma City in Hanamizaka. She is a five-star Pyro bow user, and although players may be hesitant to try her out due to her lack of AoE damage, it is possible to build Yoimiya as a powerful DPS character.

Yoimiya is best as the main DPS of the group, bolstered by support characters who compliment her Pyro element, like Bennett and Xingqiu.

Thundering Pulse is a five-star bow in the 2.0 update. It was available on the Epitome Invocation banner alongside Yoimiya. This deadly bow increases attack by 20%, with a critical damage sub-stat. It also increases normal attack damage by stacking Thunder Emblems using normal attacks and casting elemental skills to increase her attack by 12/24/40%, depending on the number of Thunder Emblem stack increments. 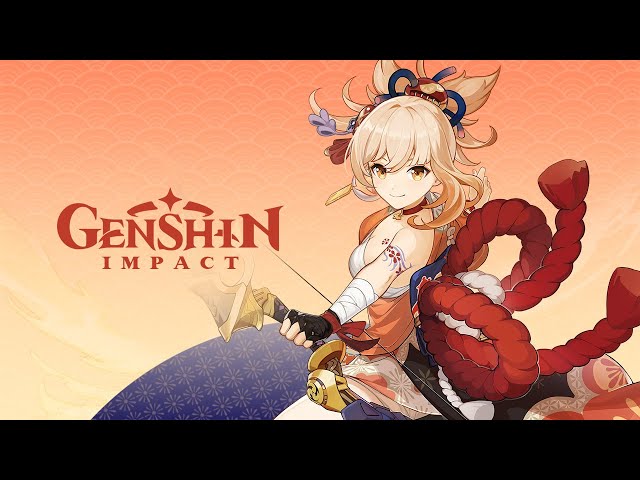 It’s worth checking out our guide on how to use the new weapon pity system for a chance to pull Thundering Pulse. If, however, Thundering Pulse is but a distant dream – the Skyward Harp is a solid pick for critical damage. It increases the critical damage stat by 20%, while hits also have a 60% chance to inflict a small AoE attack dealing 125% physical attack damage – this can occur every four seconds. Rust is also a good four-star pick; its Rapid Firing increases normal attack damage by 50%, but decreases charged attack damage by 10%.

Another four-star weapon option is Rust. It increases normal attack damage from 40% at its base level and up to 80% when fully upgraded but decreases her aimed shot damage initially by 8% and up to 12%.

Need primogems? Here are all the latest Genshin Impact codes

For the artifacts, we recommend the four-piece Shimenawa’s Reminiscence. If Yoimiya has 15 or more energy, casting elemental skills means she loses this energy to increase the attack damage of normal, charged, and plunging attacks by 50% for ten seconds.

You could also use the Summer Night’s Bloom four-piece – while protected by a shield, and you gain an additional 40% normal and charged attack damage. A character like Zhongli would fit well into the team comp, as he debuffs enemies and allows Yoimiya to focus on what she does best: damage output.

That’s the best Yoimiya build in Genshin Impact. If, however, you’re still unsure if Yoimiya is the right character for your party, take a look at our Genshin Impact tier list to see how they rank. The latest character to join the roster is Kokomi, the leader of the Sangonomiya Resistance. Read our best Genshin Impact Kokomi build to see how this healer could slot into your team.