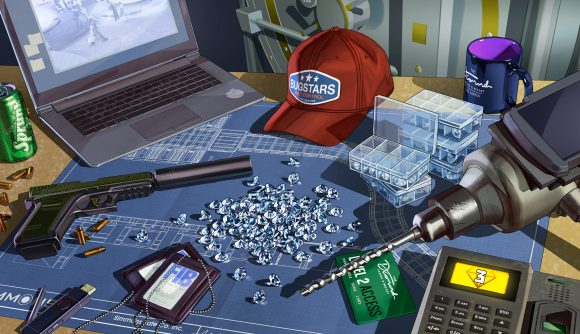 It’s that time of the week again, Grand Theft Auto Online fans. It’s a Thursday, which means the online multiplayer game’s fans are digging into its latest weekly update and giving us a glimpse at what’s in store ahead of Rockstar Games’ newswire post later on. Alongside the usual range of discounts on in-game gear and goodies, there are extra rewards for some of the action-adventure game’s Diamond Casino and Gunrunning missions.

As Tez2 has posted on Twitter, this week’s update brings triple the in-game cash and RP on GTA Online’s Mobile Operations – a variety of missions that involve either taking the helm of or retrieving weaponised vehicles. They were introduced back in the online game’s Gunrunning update and are unlocked by completing bunker re-supply missions. Additionally, the update brings double the rewards for the Diamond Casino Adversary modes – the player versus player modes set inside the home of Los Santos’ high rollers.

This week’s GTA Online podium vehicle is the Grotti Cheetah Classic sports car, and the Cayo Perico Heist’s Vetir military truck is now available as of this week’s content drop.

Check out the full rundown of this week’s update below: