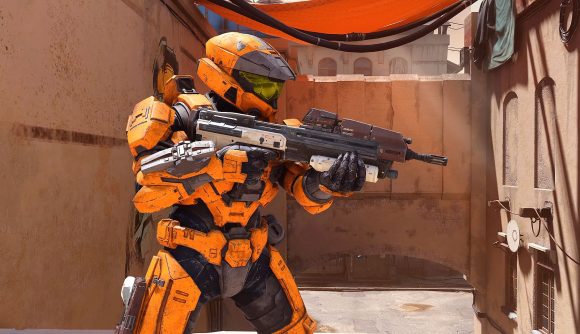 Within hours of its launch, Halo Infinite’s free-to-play multiplayer component has rocketed into a slot on Steam’s top ten most-played games, with more than 100,000 players logged in. The multiplayer game’s numbers continue to rise, too.

Microsoft announced that the free multiplayer mode for Halo Infinite was live during the Xbox 20th anniversary stream earlier today, November 15. Within about an hour, Halo Infinite had crossed the 100,000 concurrent player threshold, but as of this writing that number just continues to go up. At 12 p.m. PT / 3 p.m. ET / 8 p.m. GMT, the game was still rising at 118,575 players on Steam.

That number, of course, doesn’t account for however many players are logging in and playing through the Xbox app for Windows, which has had a pre-load option for Halo Infinite available for some time. Today’s ‘surprise’ launch was hinted at ahead of time, too, with leaks appearing on the Microsoft Store and Google over the past weekend.

If you’re looking to jump in, we’ve got info on how Halo Infinite’s battle pass works, but no matter how many multiplayer quests you complete, you won’t be able to make Master Chief do a flossing dance. That would just be silly.