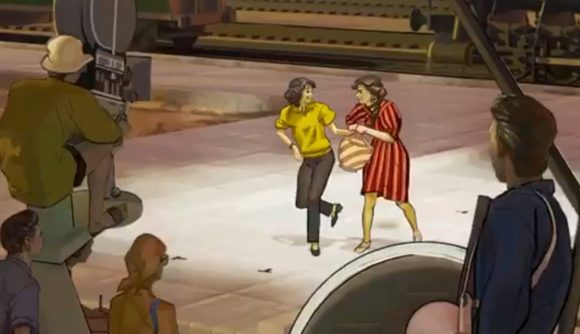 Well this was a bit of a surprise: upcoming 4X game Humankind continues to reveal the cultures that will form the Contemporary Era, and today have unveiled the fifth. It’s the Egyptians, who have already appeared in Humankind’s Ancient era along with the Nubians, Zhou, Assyrians, and Hittites, among others. Now they join the Americans, Australians, Brazilians, and Chinese to represent the modern-day world.

As you might expect, however, a few thousand years of history elapse between the Egyptians’ appearances in Humankind. In the Ancient Era, the Egyptians are builders, which means they receive bonuses to city stability, fame, and era stars each time they complete the construction of a new district.

In the Contemporary Era, however, the Egyptians are aesthetes. This shifts the focus away from new construction and expansion toward earning influence, and aesthete cultures gain the Influence Bomb and Tourism Yields unique actions to help make that happen. Influence Bomb instantly converts a territory over to your influence at no cost (once your influence meter has filled up). Tourism yields doubles the economic gains you’re making due to having influence dominion in territories and lasts 10 turns.

Will you play as the Egyptians in the Contemporary Era? 🤔 pic.twitter.com/eXNnYV9FDm

As commenters have noted, it’s refreshing to see an Arab culture portrayed in a strategy game in a way that doesn’t suggest its importance is restricted to its role in antiquity. Egypt’s dramatic 20th century history is reflected in Humankind in its Contemporary Era emblematic unit and district.

The scene shown in the animatic depicts the ‘golden age’ of Egyptian cinema, which took place between the 1940s and 1960s. The Egyptians’ Contemporary Era emblematic unit is Free Officers, which was a movement of armed forces officers that rebelled against government corruption and eventually led to the revolution of 1952. The emblematic district is the Archaeological Dig, which has drawn countless scholars and tourists to Egypt over the course of the past century.

The Humankind release date is coming in August. You can check out some more of this year’s upcoming PC games right here at PCGamesN.