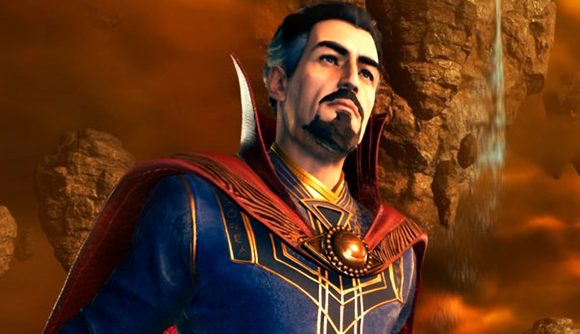 A proper Marvel Midnight Suns release date is edging ever closer, as the long-awaited Marvel XCOM meets card game – the next game from the creators of XCOM: Enemy Unknown – has been rated in South Korea, so the turn-based strategy game seems likely for 2022.

Marvel’s Midnight Suns was announced in August last year as a tactical RPG game from Firaxis, the studio behind the XCOM and Civilization games. It was originally down for a March 2022 release, but just two months after the announcement Midnight Suns was delayed to “late 2022”.

We’re now close to the second half of the year and Marvel’s Midnight Suns still doesn’t have a release date – but it looks like an announcement is imminent, since the strategy game was just rated for sale in South Korea (as spotted on Reddit). It was rated 15, a relatively high rating mostly because of “violence and blood toward living things”, according to Google translate. While this doesn’t guarantee a release soon, hopefully it’s not too far off.

If we’re placing bets, a release date announcement could well happen at Summer Game Fest next month, possibly at the PC Gaming Show. You can check out the full schedule here.

One thing’s for sure, though – you won’t be able to have sex with Wolverine in Marvel’s Midnight Suns.