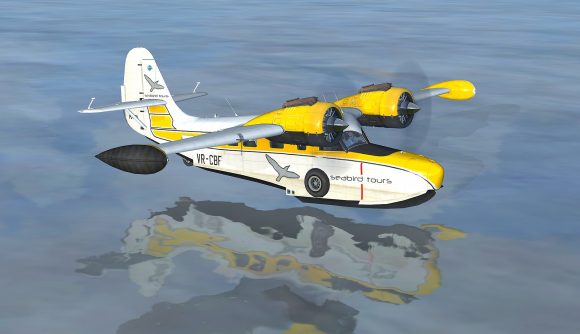 While it’s not clear just yet when the full Microsoft Flight Simulator release will roll around, it looks like we now know when the simulation game’s closed beta is due to arrive. The Microsoft Flight Simualtor alpha has been up and running for a while, and players have been posting some pretty spectacular screenshots of its in-game locations. Now, an updated roadmap indicates the closed beta’s scheduled for this summer.

That’s according to a recent development update on the plane game’s website, in which developer Asobo Studio shares a hefty batch of notes detailing updates for the latest alpha build (Alpha 3). Tucked away at the bottom is an updated roadmap, which you can see further down this story – and scheduled for “mid-July” is the closed beta. Sweet! While there’s no exact start date to scribble down just yet, it’s a pretty precise window.

The roadmap plans don’t guarantee the closed beta will launch mid-July, but given the Alpha 3 has arrived right on-time according to the calendar, hopefully this means it’s on-track to arrive as planned, too.

The roadmap also reveals when the next two alpha builds are due to release: Alpha 4’s launch is set for “early June” and Alpha 5 is scheduled to drop “late” in the same month. There are no plans laid out beyond late July, or any sign of that Microsoft Flight Sim release date yet, though. 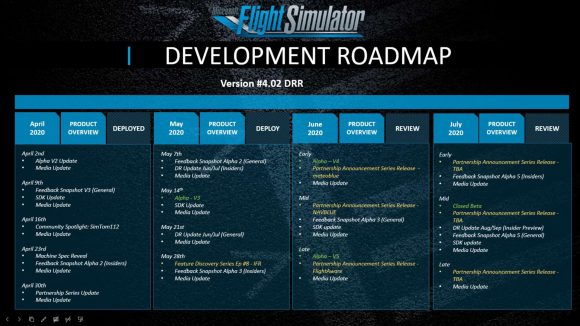 All we know is that the sim’s final version is currently expected to release sometime in 2020, but given the closed beta isn’t due until mid-July, it looks like we’ll be waiting a while yet.

Nuggets of information we do know about the upcoming sim so far include news that the Microsoft Flight Simulator map will procedurally generate your house (and the world), have “seamless” multiplayer, and “37,000 manually edited airports”. Phwoar. Take a look at the trailer above and the Microsoft Flight Simulator system requirements to get an idea of what’s in store when it does arrive.