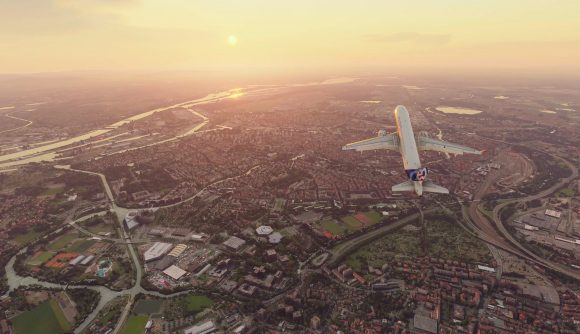 That Microsoft Flight Simulator – Asobo Studio’s incoming addition to the long-running simulation games series – is going to be a massive leap forward, visually and technically speaking, is no surprise to anyone. But seeing just how giant that leap is when compared to its 2006 predecessor, Microsoft Flight Simulator X, is really something – and a handy new side-by-side comparison clip of the two plane games’ airport scenery throws the changes into sharp relief.

The “FSX vs. FS2020” clip put together by YouTuber Flight Sim (via PCGamer), which we’ve included below, runs through just under five minutes’ footage of airports in both titles, often up pretty close, which really highlights the glorious new visuals Flight Sim fans can look forward to experiencing. For example, check out the shots of Saint Barthélemy Airport – based in the Caribbean island of the same name – around the 1:28 mark.

The red-roofed buildings dotting the base, lush green trees covering the hills nearby, and even the little forklift parked by the runway are crisp and clear in the upcoming Flight Sim compared to the decade-and-a-half-old look of Flight Sim X. Drool.

Take a look for yourself at the comparison below: 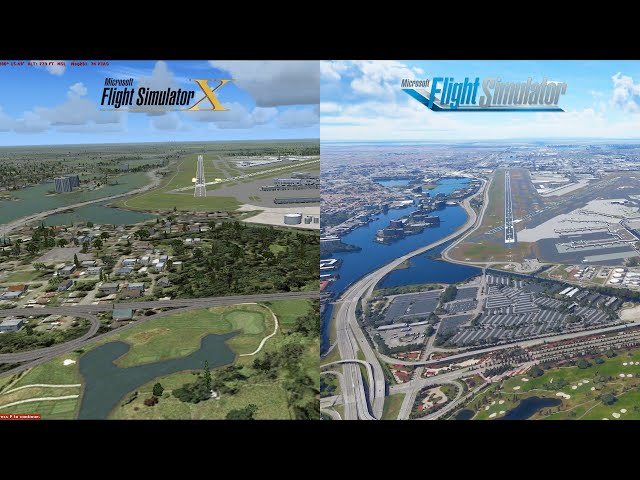 Ahead of its release date, expected sometime this year, the dev’s been sharing morsels of information about Flight Sim, and we’ve now got a good idea of what to expect of its (very pretty) visuals when it arrives. Microsoft Flight Simulator comparison shots with real-life images suggest its landscapes will be pretty hard to tell apart from the real thing, it has “37,000 manually edited airports”, its cockpits are lavish, and its real-time snow accumulation looks gorgeous.

The Microsoft Flight Sim closed beta is due to launch “mid-July”, so hopefully we’re getting ever closer to its full release.