Looking for a Minecraft anvil recipe? Or how to use this handy block? An anvil in Minecraft is a great tool to have, you can use it to repair and rename items, as well as combine enchanted items.

The anvil is similar to a grindstone, however, any items used on the Minecraft anvil will keep its enchantments. An anvil can become damaged over time and has a 12% chance of damaging every time it’s used – this doesn’t affect the anvil’s function, but it will wear down until it’s eventually destroyed. It’s not possible to repair an anvil, so you’ll need to keep the Minecraft anvil recipe to hand. An anvil can also be damaged and destroyed from falling, if an air block is below an anvil, it becomes a falling anvil and damages any player or mob it falls onto. It acts the same way as falling sand, gravel, concrete powder, and dragon eggs.

As well as mining for an anvil using a pickaxe, anvils can also be crafted using the following Minecraft anvil recipe.

If you’re looking for how to craft a Minecraft anvil, you’ve come to the right place. You’ll need the following ingredients for the Minecraft anvil recipe. 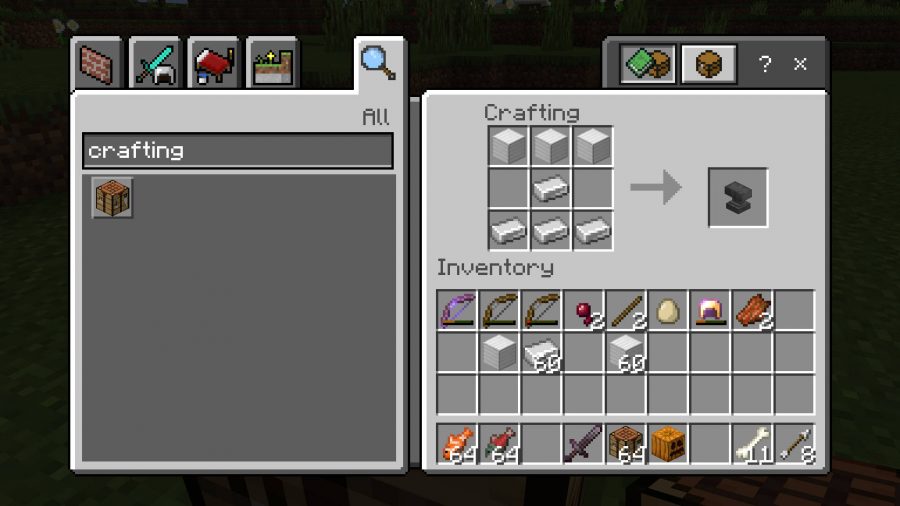 Minecraft anvil: how to repair items

One of the benefits of using an anvil is if you’re sacrificing an item to repair the damaged items, all enchantments will transfer from the sacrificed item. Pretty neat. This can produce enchantment combinations that you can’t always create using an enchantment table. If you’re transferring higher level enchantments, this will cost more and it’s worth noting that the anvil has a limit of 39 levels, and will refuse repairs over that.

Minecraft anvil: how to rename items

Renaming items using a Minecraft anvil will cost one level. Certain chests and equipment can be renamed and will display the name in their GUI when placed. The maximum length for renaming items is 35 characters and the following items have special effects when renamed.

There you have it, a Minecraft anvil recipe along with all its functions and uses. You can also find damaged anvils in the forge room of a woodland mansion, if you wanted to create your own using these cool Minecraft house designs. 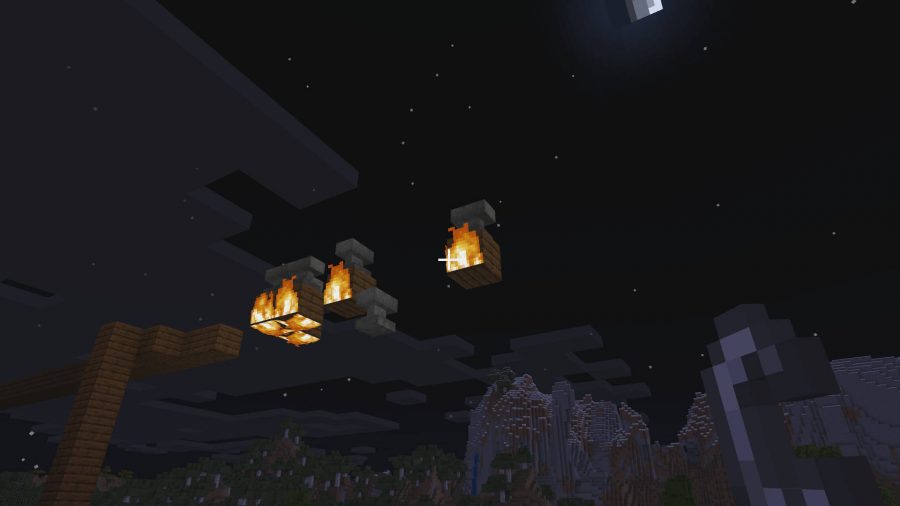 Just like in your favourite cartoons you can also use a falling anvil as weapon or tool in Minecraft. Anvils will make a metallic ring when they land on something and dish out a maximum of 40 damage if dropped from very high up. If you die to a falling anvil you’ll even get a special message in the chat log.

You can even create a quick anvil-based, er, ‘harvesting’ device on your Minecraft farm to instantly kill any mobs you place in there, saving you some hassle. Just create a tall chamber, drop all the mob-spawning eggs you want in the bottom, then chuck an anvil in afterwards. Squish then delish.

Wondering how other blocks work? Like the Minecraft honey block? Or if you want to find all the materials you’ll need to start using your anvil in Minecraft, check out the best Minecraft PE seeds, or how to find a village in Minecraft.