Digging underground in Minecraft can be a terrifying proposition for newer players. After all, there are all sorts of scary things that can appear within the dark depths. We’re pretty sure you never forgot the first time an Enderman ambushed you as you were mining for precious diamonds.

Eventually, these caves and the underground areas just became samey. There’s only so much time you can spend mining for gemstones before the call of the diverse surface biomes tempts you away from the resources below.

In the Minecraft 1.18 update, which is part two of the full Caves & Cliffs update, several new biomes will be introduced to the underground areas and perhaps the most intriguing one revealed so far has been the Lush Caves. Some of the blocks and mobs are already available as of the Minecraft 1.17 update. This rather bright biome is a welcome respite from the relentless monsters and vicious spiders that infest the rest of the underground areas. In addition to being a place to relax, it’s also home to perhaps the cutest mob introduced to Minecraft in quite some time.

So let us guide you through what we know so far about them: where to find the Lush Caves, and what’s waiting for you when you get there.

What are the Lush Caves?

As part of the Minecraft Caves & Cliffs update, the Lush Caves are a new underground biome that adds variety to the world beneath the surface.
They are a bright and welcoming sight in an otherwise dark and dingy world, with colourful flowers and plants to harvest. There is also a unique mob you can only find here, but you can take it with you as a companion for underwater adventures. 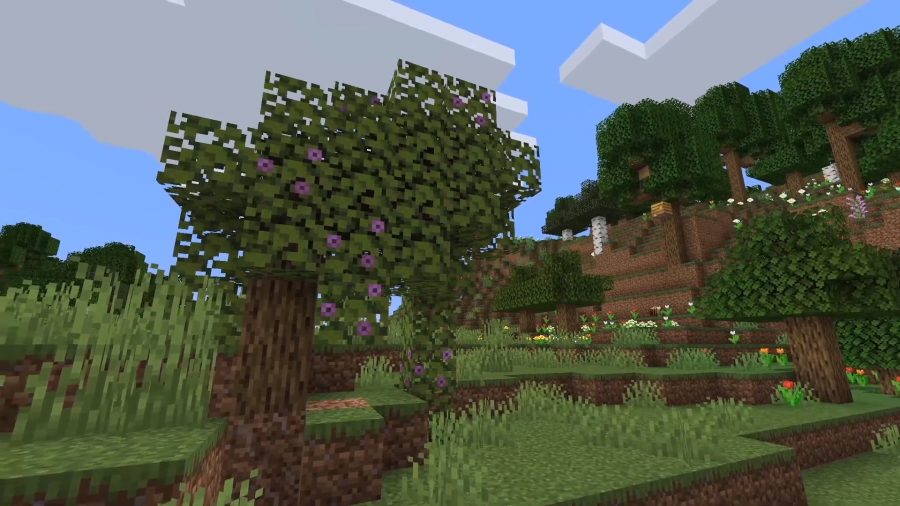 How to find the Lush Caves with azalea trees

If you want to find the Lush Caves for yourself, you’ll want to walk around the surface until you find one of the new azalea trees. They are quite short bush-like trees with distinctive lilac flowers on the leaf blocks. The dirt blocks underneath them is also unique in that it has roots growing through them.

These trees can be harvested and grown elsewhere, but only ones you find in the open and generated by the world will lead you to Lush Caves. If you dig downwards around the point where you find the azalea tree, you’ll eventually find the Lush Caves biome, along with all the pretty plants.

Glow berries are a new plant that grows within the Lush Caves biome. They are vine-like plants that hang from the ceiling and have bright orange fruit. Their main purpose is to light the way without the need for placing torches.

You can harvest and eat the glow berries, though it is currently unknown how much they restore your hunger bar and if they have any other effects. We also suspect that you might be able to grow them elsewhere, much like you could with ivy, but this is just speculation based on how similar looking plants work. 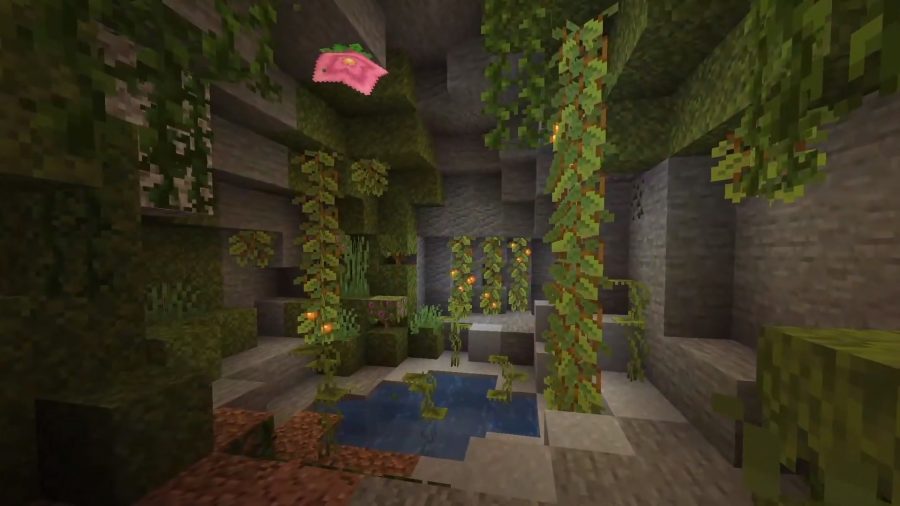 The big pink flower on the ceiling is a spore blossom. They grow on the ceiling of the Lush Caves and they send particles downwards from their position when open.

Some particles were added to Minecraft as recently as the Nether update, but historically speaking, no particles have any effects in the game. What’s cool about the spore blossoms though is that you can take them from the Lush Caves and place them on any ceiling. This is a good way to make your already cool Minecraft houses a little more whimsical in nature. 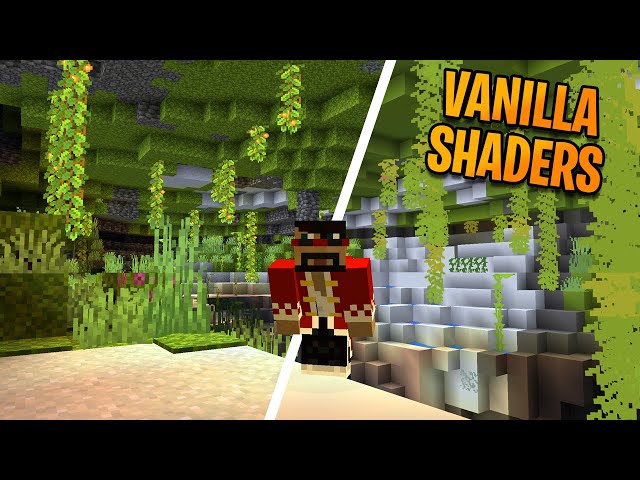 In a recent snapshot update, Minecraft players have been able to explore the Lush Caves, and also encounter the new Deepslate tiles. These are darker shades of cobblestone, but can also surround minerals such as iron, coal, and copper. Silverfish can emerge from Deepslate too, so be careful while mining.

The axolotl might easily be one of the cutest mobs we've ever added to Minecraft – don't even start us gushing about how adorable they look in a bucket!

But looks can be deceiving, and this cutey is also a tough little predator…

When the 1.18 update finally drops, the Axolotls will relocate from underwater areas in caves to the Lush Caves biome. These are real animals related to salamanders and are, sadly, critically endangered in the wild.

Minecraft’s axolotls are found underwater and are potential new companions that come in a variety of colours, but will make short work of underwater mobs when attacking in groups. They’re particularly effective against underwater guardians.

All you need to create your own Axolotl army are a few buckets. You can then transport them back to your base and release them into a pool to keep them close by. Axolotls are aquatic Minecraft mobs, so they can’t walk on land and escape.

Other mobs that spawn in the Minecraft Lush Caves are: 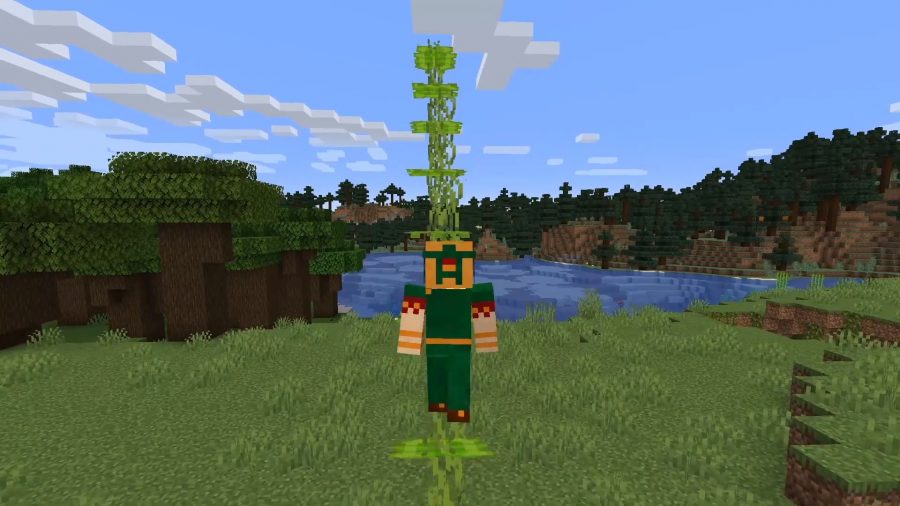 Another plant that we know grows in the Lush Caves is the drip leaf plant. They are spindly plants that can grow from soil or water blocks, and their leaves can be stepped on.

What’s unique about these leaves is that if you stand on them for too long, they will continue to droop, eventually slipping off them because their leaves drooped too far down. The leaves will recover to their default position when they have nothing on top of them, so you won’t need to replace them if the leaves ever droop too much. This could be another hot contender for features for your next Minecraft build idea.

We’re fairly sure there’s more to the Lush Caves than Mojang has revealed so far, so do come back when they give us more information about additional flora and fauna that live in this vibrant underground biome. In the meantime, you can learn more about the new copper ore, or Minecraft’s Warden: another mob that is coming to the 1.18 update, and one that will take some preparation to deal with if it hears you.