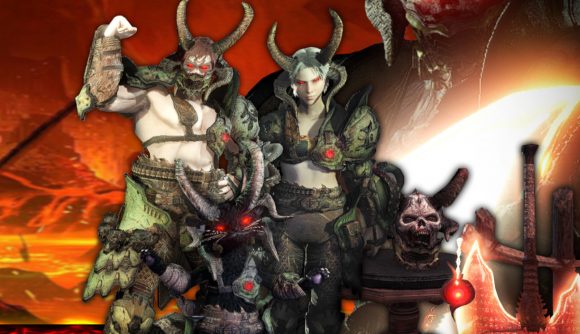 Here at PCGamesN, we’re suckers for a good crossover – Thomas the Tank Engine and literally any videogame, for instance. But one modder has gone above and beyond to create what may be the mother of them all: a mod that lets you fight Doom Eternal’s Marauder in Monster Hunter World: Iceborne.

Doom Eternal x Monster Hunter World is the nightmare you’ve been waiting to face in Monster Hunter. The Marauder is perhaps Doom Eternal’s most controversial addition to the FPS game’s bestiary, a highly technical foe capable of reflecting your attacks and forcing the player to slow down and watch for specific tells before responding. To put this another way, the Marauder is a huge pain in the ass, and slapping him around with a Monster Hunter-sized greatsword seems like just what the doctor ordered. 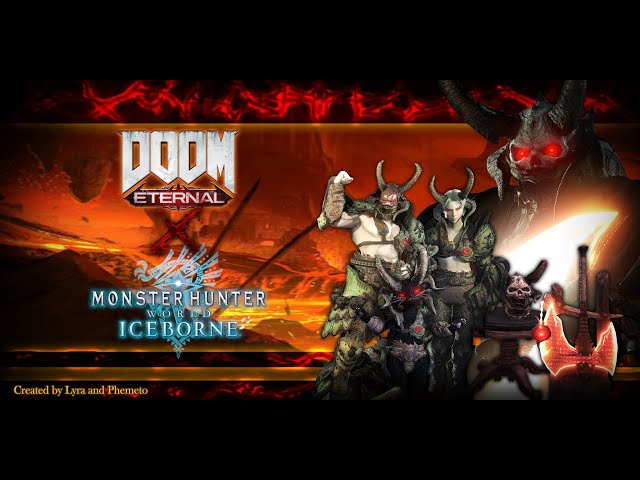 The mod includes transmogs for every weapon type, and you can suit up in Marauder-themed armour that replaces the game’s Savage Deviljho set. The weapon transmogs replace the base game’s Nergigante forms, which shouldn’t be a bother to players who own Iceborne. The mod includes four Marauder-related quests, including a tempered version of the monster and one where you’ll have to deal with an unkillable Odogaron while you’re fending off attacks from the surly demon.

There’s also Marauder gear for your palico, and you can even fight alongside known Doom superfan Isabelle from Animal Crossing, who’s swapped in for the Final Fantasy Moogle.

You can download Doom Eternal x Monster Hunter World from Nexus Mods, and be sure to read the installation instructions carefully. You may also want to look into downloading the Doom Marine Armor and Doom Power Armor mods by AsteriskAmpersand while you’re at it.

Rip and tear – because you’ll want those Marauder eyes to make a nice pendant with afterwards.