Want to know where the best farming locations are in Outriders? One of the best early game locations for loot is the Payback side quest, a surprisingly difficult side quest with two snipers and a tricky boss at the end that you’ll need to defeat.

It’s also currently the best way to obtain a coveted Outriders legendary weapon thanks to its conveniently placed starting point just outside the mission area. Repeating this mission takes the least amount of time, and the enemy distribution is substantially better than most locations in the area. Keep in mind that you can greatly increase your chances of finding a legendary weapon depending on your Outriders world tier. The higher your world tier, the better your odds are for finding legendary weapons. Sure, the game is slightly harder as a result, but that’s a trade off we’re willing to take.

So here is a little guide to completing the Payback side quest, from taking out the two snipers to killing Captain Reiner, as well as some tips for farming legendary loot from this mission. We also have another farming location for legendary weapons in the main campaign that’s worth checking out.

Your first hurdle in the Payback side quest is a gauntlet of enemies that come at you as you approach the captain’s base. While most of the enemies are easy to deal with, the two snipers can be a problem, particularly if you’re just starting out. Snipers can still shoot at you if you’re behind low cover, but thankfully there are a couple of big walls and pillars that offer better protection towards the left-side of the battlefield. 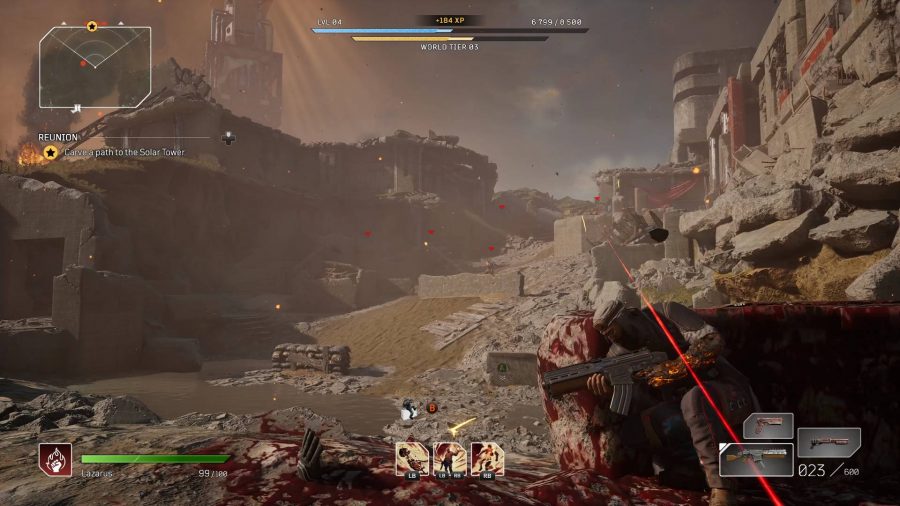 If you have a sniper rifle, then you can pick off the sniper on the right-side fairly quickly by landing a headshot. If you don’t, you’ll need to edge up towards the sniper’s position slowly. You’ll also have to deal with the second sniper that appears at the back of the area when Reiner shouts to his men not to let you through. You can attempt to rush the snipers, but be careful as a few riflemen and breachers spawn as you close in.

Eventually, you’ll make your way through the enemy’s defences and take them out. When you defeat all the enemies, a key will drop to Reiner’s base. Before heading to the building though, make sure you loot the chest in the ruins close to where the second sniper was (it’s in the opposite direction to where the objective is), as the loot here might be helpful with the upcoming battle. You should also restock your ammo before unlocking the gate, as the next section requires tons of bullets. 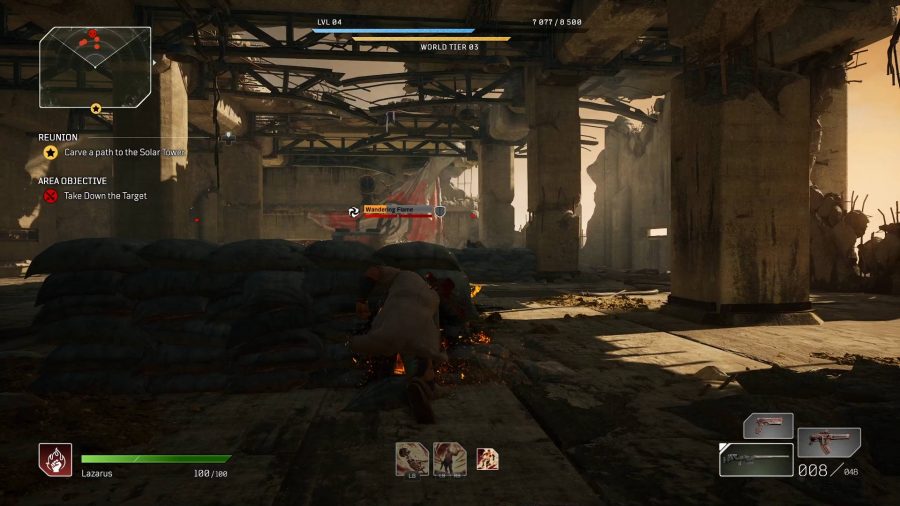 How to defeat Captains in Outriders

Captain Reiner is an early encounter with one of the game’s tougher enemies: the captains. These are soldiers who can harness special powers to really make things difficult for you. Captain Reiner is a particularly perplexing hurdle for newer, underleveled Outriders as his two skills, unlike other captains in the area, are always the same. His skills can quickly overwhelm you if you’re playing solo, so make sure you’re prepared.

Here is how to kill Captain Reiner: 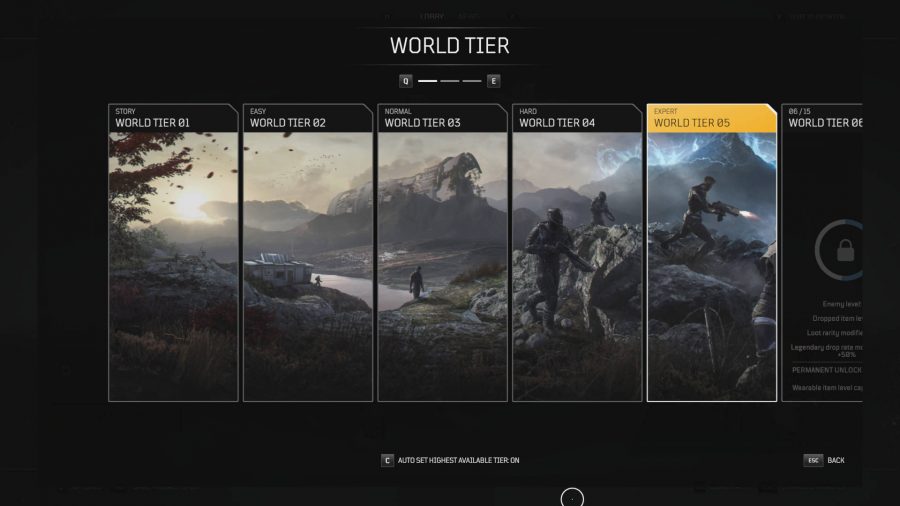 The Payback side quest is what you’ll be playing again and again if you want legendary weapons, for the simple reason that it offers the best chance at loot drops. You may wish to consider farming legendary weapons because they offer some fantastic Outriders mods that will be usable in the full game.

Here’s what you can get and what level requirements you need to meet before farming Outriders legendary weapons:

The first section with the two snipers and many goons has the best chance for loot drops. If this is not your first time around, you should have access to a sniper rifle by this point in the game. To make things infinitely easier on you, equip a sniper rifle to one of your weapon slots and use that to take out the two snipers.

You should then be able to run around and take out the rest of the enemies without too much trouble. As for the boss, it can be easier to just focus on interrupting and killing Reiner when you’re at a high enough level, but still be mindful of the breacher. 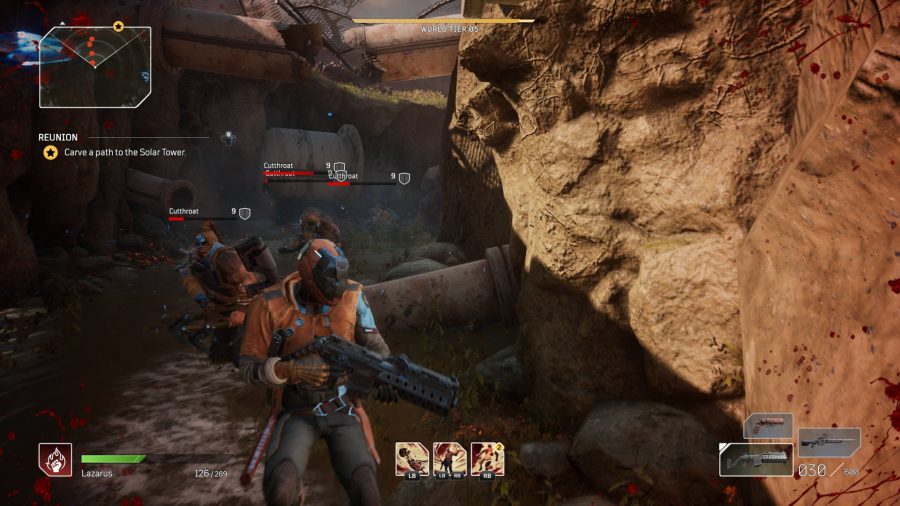 While you’re here, there is another location to farm loot nearby. In the main lobby, set your position to “Meet with Jakub and Shira at her command room” and then play through the story mission until you reach the second flag checkpoint.

Once you’re there, run to the next encounter. You’ll see a whole bunch of cutthroats and breachers that all attack at close range. Instead of instantly taking them out, try to herd all the enemies (including the ones in the next area) into a huddle, then take out all but one or two melee attackers. If no legendary loot drops, just let the two axe-wielders chop away and take you down. Upon respawning, all the enemies will have recovered and you can repeat until you find a legendary weapon.