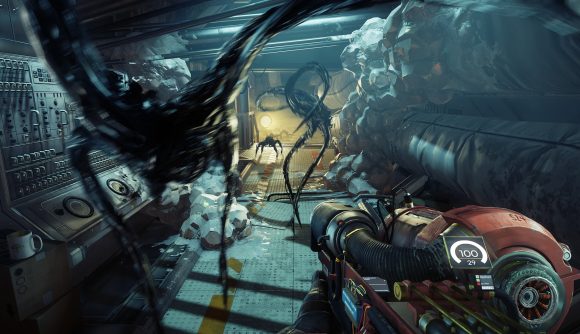 Chalk it down – another triple-A game using Denuvo anti-cheat is removing the software. This time around, it’s Prey, the 2017 horror game from Arkane Studios, that’s losing the DRM system.

Announcement of the patch came on Reddit, where it was revealed the update was due to arrive this week, but has been delayed. “Today we planned to perform a backend deployment for Prey in order to remove Denuvo, but some of you may have seen a 16GB or 4GB update instead,” community manager Abigail Tyson wrote in the thread. “We’ve rolled back this deployment, so you should no longer have any large updates for Prey or Prey: Mooncrash. The update to remove Denuvo will still be deployed, but at a later date.”

Although the response to this is generally positive, some commenters feel it should’ve happened sooner, since Prey has been available on GOG DRM free for sometime now. Steam is the only storefront that the FPS game is tied to the anti-piracy software, and just as in Devil May Cry 5, there’s noticeable performance issues between versions with Denuvo and those without.

Prey is but the latest mainstream game to eventually remove the resource-hungry digital rights management tech. Doom Eternal, Resident Evil 2, and Rage 2 are just three others that incorporated it before having to get rid of it due to player backlash.

Arkane Studios’ new project is Deathloop, a bombastic first-person shooter that involves time trickery, and you can watch the latest trailer here. It’s due out later this year – hopefully without Denuvo attached.