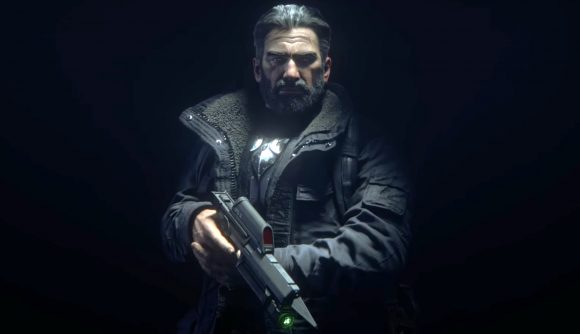 For not having appeared in his own game for seven years, Sam Fisher sure gets around. A video – which was leaked earlier today and has now been officially released – shows him joining Rainbow Six Siege in an upcoming crossover event, which has him operating under the codename Zero.

Sam Fisher’s most recent appearance was in Ghost Recon Wildlands, in which he featured in a set of PvE missions added post-launch. Since then, he’s shown up primarily in leaks and rumours, most recently in June in a shaky leaked gameplay video posted to Reddit that suggested the Splinter Cell operative was scheduled to arrive in Siege under the codename ‘Scout’, equipped with a gadget that allowed him to drill and see through walls.

“You should know better than to write me off,” Fisher says in the clip. Fisher’s three distinctive night vision lenses click on in their trademark green glow. “Consider this a teaching moment.” The video shows a bearded Fisher wearing a high-collared winter jacket and combat harness, hefting a rifle in one hand and holding a tablet in the other.

If Fisher is joining the ranks, we assume it’ll be as an attacker – his specialty has always been infiltration, after all. But it may also mean that our list of the best Rainbow Six Siege operators for 2020 may have a shakeup on the way.