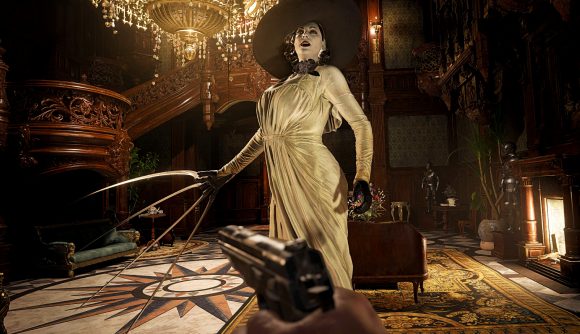 Capcom’s fiscal year report for 2022 has been published, and reveals that Resident Evil Village has continued its success as the fastest-selling Resident Evil game to date. The report names this past year as the most profitable in Capcom’s history, thanks in part to Resident Evil 8 shifting 6.1 million copies in its first eleven months on sale.

The latest entry in Capcom’s survival horror game series, which was named Steam’s best game of 2021 in a user vote, managed to top sales of 2019’s Resident Evil 2 remake in its first two months. Having now sold 6.1 million copies since its release in May 2021, the spooky FPS game is closing in on RE2’s reported 9.3 million sales to date and predecessor Resident Evil 7: Biohazard’s figure of 10.6 million.

Were it to top both of those, only Monster Hunter: World (17.8 million) would sit above it as the studio’s best-selling game of all time – although it’s worth noting that this statistic is for individual releases and doesn’t include the combined sales totals of all the various releases and re-releases of Resident Evil 4 (over 10 mil), RE5 (over 13 mil), and RE6 (over 11 mil).

This excellent performance contributed to what Capcom describes as its most profitable year to date, with more game sales, DLC sales, and income than in any other year in its history. This included the January release of Monster Hunter Rise on PC and spin-off RPG Monster Hunter Stories 2: Wings of Ruin, alongside “continued sales growth” for older titles including Village’s precursor Resident Evil 7, which sold an impressive 1.8 million copies in the 2021 fiscal year, and Monster Hunter: World.

Capcom also reaffirmed their intent to provide free Resident Evil Village DLC at some point. In related news, Resident Evil 4 VR is getting free The Mercenaries DLC, and has also seen several updates for Oculus Quest 2 to polish up the survival horror classic’s virtual reality outing.