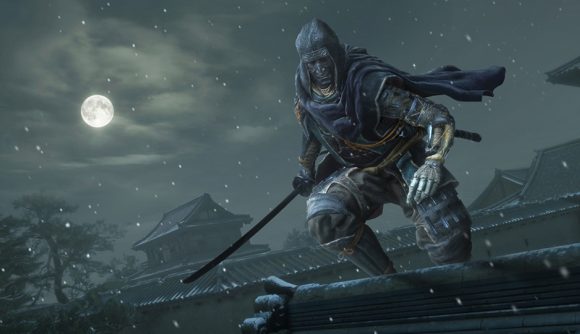 Sekiro: Shadows Die Twice is now more than a year old, and so it comes as a pleasant surprise that developer FromSoftware has announced a new update planned for this fall. The update isn’t a mere patch; instead, it adds some significant new features to the game, including a fearsome boss rush mode.

The free Sekiro update is scheduled to launch October 29, and it adds three key new features to the game. The first, called either Reflection of Strength or Gauntlet of Strength (the English translation on the site uses both titles), allows players to take on bosses they’ve beaten either individually or in sequence – effectively, a boss rush mode. “Rematch previously defeated bosses in single and consecutive battles,” From says. “Extraordinary foes that once stood in the way of victory can be fought again and again to your heart’s content.”

There are already mods that do this, of course – the Sekiro boss rush mod does exactly what it says on the tin, and there’s even a mod that turns every single enemy in Sekiro into the final boss. You may want to consult our Sekiro bosses guide to refresh your memory on how to get the best of these brutal opponents.

Another coming feature is Change Form, which allows you to change Wolf’s cosmetic appearance. Again, we’ve seen mods that do this – such as the one that turns Wolf into Woody from Toy Story – but with the official update you’ll be able to pick between three new forms, including ‘Old Ashina Shinobi’ and ‘Tengu’. You’ll have to unlock the forms by meeting certain in-game requirements, and in typical From fashion, the studio is keeping mum on what those are.

Finally, there’s the new Remnants system. Using this, you’ll be able to “send a recording of your action to the worlds of other shinobi,” From explains. These are action sequences that can be up to 30 seconds long, and you can even attach messages to them. It’s a combination of the soapstone and blood stain systems you’ll remember from Dark Souls – only this time, you’ll have a bit more control over what other players are seeing in their game.

Again, the update is free and is scheduled to launch October 29. “Whether you’re familiar with Sekiro or have yet to try it, we hope you find some enjoyment from this update,” From says.