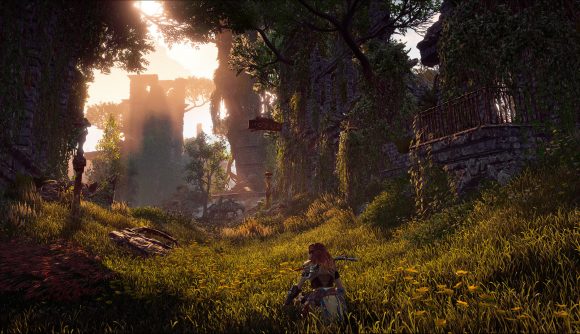 Sony’s planning to keep porting its first-party games to PC. According to a 2020 corporate report, the publisher is keen to keep one foot in the PC market going forward.

Tucked away in the ‘Game and Network Services’ section of the report, is the line “We will explore expanding our 1st party titles to the PC platform, in order to promote further growth in our profitability”. Going forward, PC ports will be a firm part of the corporate strategy in terms of gaming. The reasoning, given here, at least, is quite simple: “Competition from online PC games and players from other industries is expected to continue to intensify”.

In other words, the PC market has become so big treating it as competition is self-defeating. Taking the “can’t beat ’em, join ’em” approach has paid off already, with Horizon Zero Dawn doing very well on Steam from launch. Death Stranding, another major Sony exclusive that came to Steam in July, actually runs closer to what was intended on PC than its native PS4. What goes unsaid here, but is likely an underlying truth Sony understands, is that a certain, large portion of the PC audience has no interest in consoles, so the only way to reach them is through ports.

Sony aren’t the only corporate player seeing results from the PC market. SEGA and Atlus’ port of Persona 4 Golden sold above expectations on Steam this summer, leading to a pledge to port more older games in the future.

No suggestion of what the next Sony triple-A project to make the jump might be – we can but dream it’s Bloodborne. This 16-bit remake is the closest we’ve gotten so far, and we have the best games like Spider-Man and the best games like The Last of Us to scratch those itches in the meantime.