The Division 2’s second eight-player raid will drop in autumn. Given that this coincides with its second episode, which we’ve just learned is set in the Pentagon, it’s safe to assume that the raid will be set there, too. Otherwise, Ubisoft has given no further details as yet.

Ubisoft dropped the news during their E3 2019 keynote presentation in LA, and they’ll already have high-level, experienced squads of up to eight agents chomping at the bit to test their mettle against the next of The Division 2’s raids. These are the toughest tests the game offers, and players will already be looking to have their names immortalised in-game as its world first conquerors.

The Division 2’s Pentagon setting – or, at least, that’s what we’re guessing – for the raid comes as part of the game’s first major content update, which as players ready “to save an entire nation”. The update comes in three parts and consists of new main missions that take players to the national zoo, Kenly College, and outside the city to the woodlands for the first time. You can see more in the Year 1 first look trailer below.

Chances are that this raid will be just as diamond-hard as the first, which was set in Washington National Airport as you took on the elite enemy faction, the Black Tusks. If you don’t believe that raids really are only for the toughest agents, remember that it took many PC and The Division 2 raid console players a very long time to finish it, and there are no plans to make it any easier. 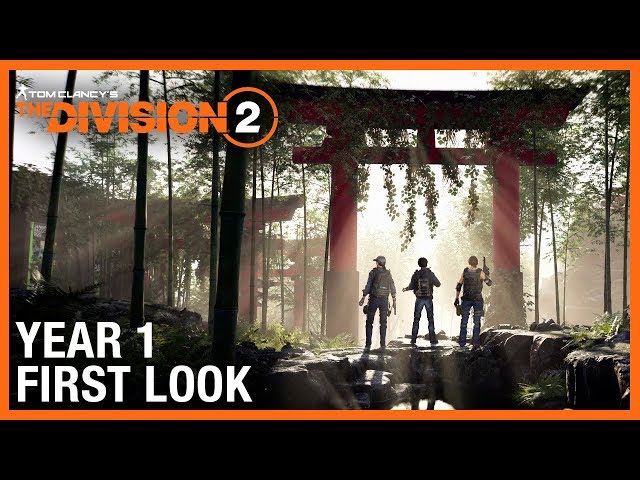 That’ll either fill you with dread or excitement, but there’s plenty more to come to the game even if you’re not a raid player. During the E3 2019 presentation we also got a look at The Division 2 Year 3 details, and it looks as if it’s set in New York with a plot revolving around a mysterious manhunt.

No idea: Get these The Division 2 gear sets for maximum potency

If you’re interest has been piqued by these announcements but you’ve haven’t yet stumped up the cash for Ubi’s third-person multiplayer game, then you’re in luck. The French publisher also announced a The Division 2 free trial lasting from June 13 to 16 this year so you can see whether or not you can hack the life of a post-apocalyptic agent of The Division.