The Cyberpunk 2077 release date isn’t even here, and it’s already mightily tempting to compare The Witcher 3 to its retro-futurist ‘successor’. CD Projekt Red’s responsible for one of the best RPG games this planet’s seen since the Conjunction of the Spheres, and it could be behind another come November. The Witcher 3 has arguably set the benchmark for what a modern open-world role-player should be, and CP2077 looks set to snatch the baton and keep on running with it, based on what we’ve seen and heard so far, at least.

On one hand, drawing a direct comparison might not be entirely fair. It’s a little reductive to equate the two simply because they share a developer, and from snapshots of Cyberpunk 2077 gameplay revealed so far, there are plenty of meaningful distinctions. There’s the obvious: Cyberpunk’s based on a tabletop universe about a dystopian city, transhumanism, and gang warfare. It’s also got first-person perspective; you play a mercenary hacker called V; Keanu Reeves is in it.

Cyberpunk 2077’s character customisation, combat, mission structure, and tone will differ markedly to the studio’s last big hitter in the RPG space. But, it’s inescapably still in that space, and forged with CDPR’s lens, no less. That got me thinking. I’m a huge fan of The Witcher 3, not just because it’s the epitome of its genre, but because it’s an experience that really means something to me; one I often ruminate on when I’m not playing.

Many of CP2077’s distinctions sound exciting and invigorating, but there are things I’m quietly holding my breath about, because I’m nervous. I want enough of the Witcher 3’s winning underpinnings to carry over to make me fall equally head-over-heels for its neon-lit sister game. These are those things. 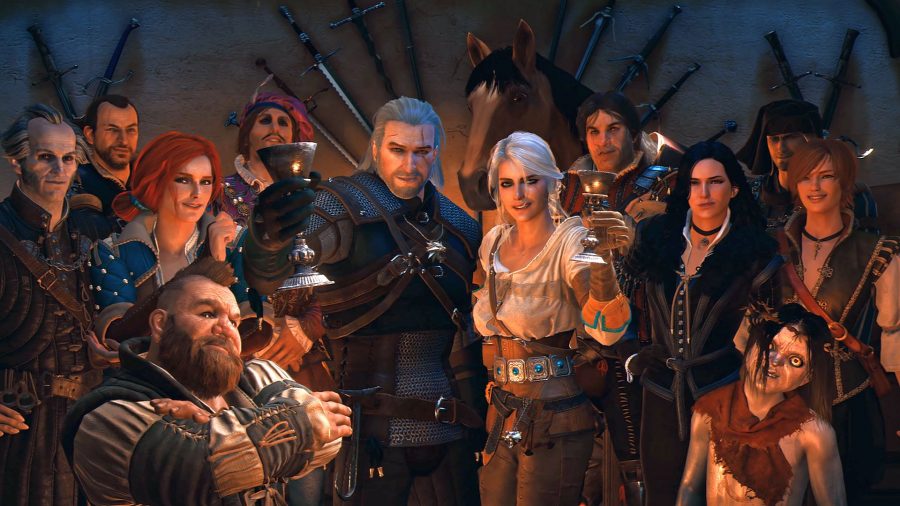 The big one. Geralt of Rivia might be the gruff, scar-marked face of The Witcher 3, but he’s just one among a roster of rich, compelling characters. The open-world game’s astonishing for its ability to make you feel personally invested in its many characters’ relationships and fates.

TW3 can rile you up about character injustices, send you down Googling rabbit holes in navigating its many morally grey scenarios, stoke a roaring debate about which of its two chief female NPCs Geralt should shack up with, and slam you right in the feels in equal measure. Those Novigrad pub-goers weren’t the only ones welling up at Priscilla’s song about Geralt and Yennefer. No, you’re crying.

We care about who we might hurt, who we do and don't side with, whose lives we might irreparably steer or shorten

We care about who we might hurt, who we do and don’t side with, whose lives we might irreparably steer or shorten through our action and inaction. Like Geralt, we think about Ciri and hope she’s safe. We want both Yen and Triss to be happy and not hate our guts. The result is an intricate tapestry of interconnected, meaningful relationship dynamics, underpinned by characters with surprising depth. Sure, this is helped significantly by the rich foundations of Andrzej Sapkowski’s novels, and in turn CP2077 will too have a strong basis in existing tabletop lore. I just hope the upcoming RPG will match its predecessor in this area.

We’ve already got an idea of Cyberpunk 2077’s lore, story, setting, and characters. We know we’ll play V, whom we’ll be able to customise, hack, and set on a distinct ‘lifepath‘, and they’re obviously much more of a blank canvas than the Witcher. Who could forget Reeves’ Johnny Silverhand, part-rockstar, part-guide? There’s also pal Jackie Welles, Night City player Dex DeShawn, gang leader Maman Brigitte, and various intriguing others.

There’s no real reason to doubt how we’ll feel about Cyberpunk’s futuristic folk given the game’s not here yet, and yet, in the dog-eat-dog Night City, the “worst place to live in America”, I’m worried about how connected I’ll feel to the characters that surround V. Will character even matter as much in a world where technical artifice is a universal pursuit? I’m keen, and a little nervous, to find out. 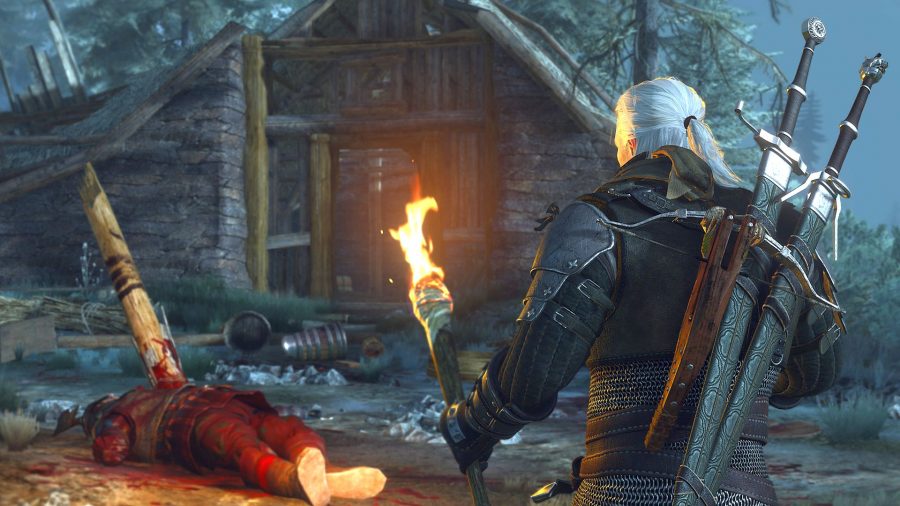 Plenty of fans have questioned The Witcher 3’s combat system, and it’s true it’s not the deepest on the RPG scene, but once you’ve guzzled your pre-fight potions and slathered your blade in oils, the monster-mashing is really good fun. Throw in some well-timed signs and a handful of nifty perks, and battles against basilisks, skirmishes with sirens, and exchanges with endrega become dances that require a decent dose of skill, but aren’t overwhelmingly complex.

Once you've guzzled your pre-fight potions and slathered your blade in oils, the monster-mashing is really good fun

Cyberpunk 2077’s weapons, abilities, and class system sound enthralling. There’ll be a fluid class system that lets you swap between three archetypes – Netrunner, Techie, and Solo – as well as optical implants to utilise, and a raft of guns to suit your preferred style: Power, Smart, and Tech. The options indicate a level of tailoring that just isn’t possible in The Witcher 3, which can only be a good thing. Or, can it?

From details about CP2077’s combat revealed so far, I’m hopeful a build akin to The Witcher 3’s – that’ll let me melee-pound on foes at close-range with room for the odd flourish – will be possible. It’s been reported that The Witcher 3’s melee combat could be carried over to Cyberpunk, and while I’m anxious for this to be the case, signs so far are positive. 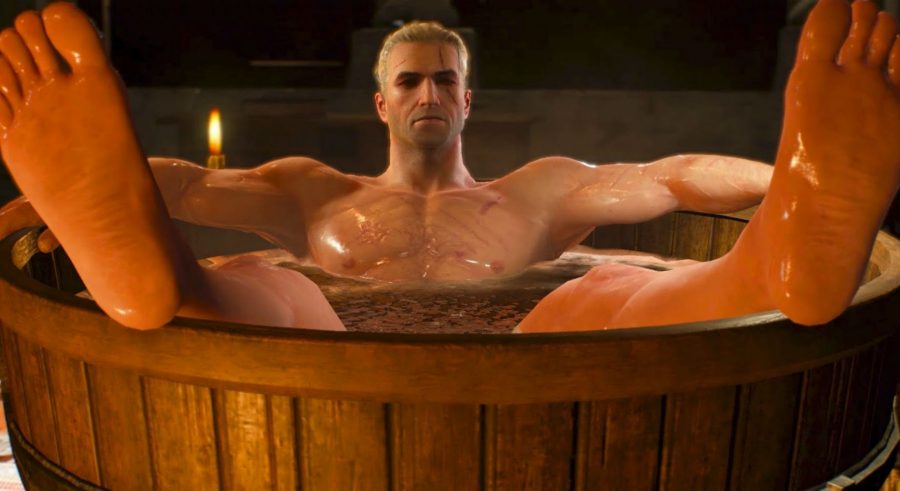 The Witcher 3 is not an overtly funny game all the time, but oh boy does it earn some chuckles along the way – and more than you might think if you’re new to the series. Take, for instance, those early side quests that see you track down an elusive frying pan for a grumpy old White Orchard resident, or paint a crest that looks like an exploding chicken on the hull of a boat at the behest of a Redanian army-enlisted rock troll. Y’know, to help him gain respect.

Or, of course, there’s the ‘No Place Like Home’ quest, in which you and Kaer Morhen’s finest monster slayers spend a night drinking heavily, exchanging funny stories, and putting on a very grumpy Yennefer’s dresses to communicate with The Lodge via her megascope. Inevitably, like so many men on Tinder, they screw it up before being told to go to bed by the peeved sorceress.

Humour's not a defining characteristic for much of The Witcher 3, but it's integral to the story's balance

Humour’s not a defining characteristic for much of The Witcher 3, but it’s integral to the story’s balance. Comic relief makes the darker moments, well, darker. It’s not something that really seems to have been showcased as a feature of Cyberpunk 2077, as yet at least. It’s true the subject matter’s very different. You’re not venturing on quests and performing tasks for quirky, fantasy RPG folk – you’re surviving in a brutal concrete-and-neon city underworld, where gangs roam and survival of the fittest seems to be the prevailing theme. It’s not easy to see where lighthearted moments of whimsy might fit in.

However, the humorous moments in The Witcher 3 enhance the connection you feel with Geralt and the game’s story. They add a valuable layer of relatability and humanity to what’s going on. Haven’t we all had a tipple too many and ended up in a fit of drunken folly? I really hope there’ll at least be some element of this tone in Cyberpunk. It’s good to laugh. 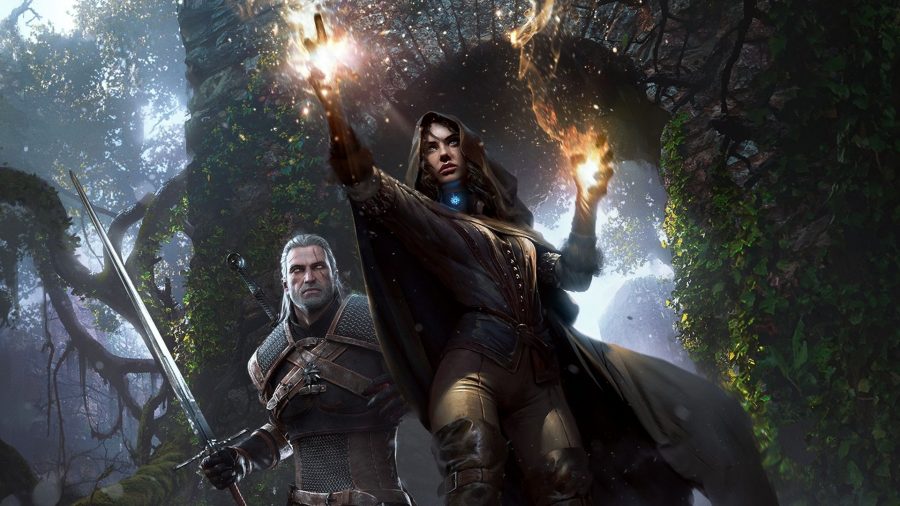 Yes, we know Cyberpunk 2077 will feature full-on nudity and naughty NPC encounters, but, depending on how you approached The Witcher 3, there was real scope for tear-jerking, whirlwind romance. Well, kind of. Yennefer’s a little less sentimental than Triss, but it’s a meaningful partnership all the same. Romance is one of the wonderful narrative pillars of The Witcher 3, and an enormous improvement on romance earlier in the series, which involved those grubby ‘collectible’ romance cards. Shudder. It adds depth in the way of Geralt’s (often conflicting) motivations, weight to your choices, and delivers a richer story overall.

It’s something I’d love to see featured in Cyberpunk 2077 for the same reasons, and fortunately it looks like it will, to some extent. CDPR confirmed last year that Cyberpunk 2077 romance will be “very similar” to The Witcher 3’s, with long-term relationships complete with their own plotlines. Huzzah! I’m curious to see how these will play out, and whether we’ll be abuzz with the same, glowy feeling of satisfaction from partnering up with the one (*cough* Yennefer), but it’s looking positive as things stand.