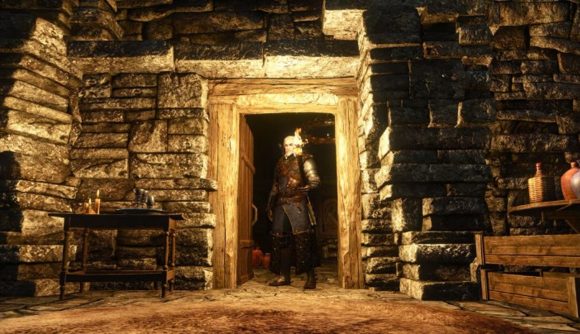 There’s many great The Witcher 3 mods, but one of the most essential is The Witcher 3 HD Reworked Project, a fan-upscale of the RPG game that’s gradually overhauled the entire Continent. After nearly five years, the large-scale mod is complete, creating a “new visual experience” for Geralt’s exploits.

Nothing specific is listed by creator Halk Hogan in the improvements for the latest version, 12.0, rather, it looks like a fine-tuning and last lick of paint on everything that’s been done so far. A release preview, which you can watch below, shows some of the new texture and environment work, and it’s night and day in some instances. Overgrown foliage has a little more life to it, old buildings look a bit more worn down and lived-in, leather and armour truer to the real-life equivalents.

Most of this is minor details, adjusting the lighting and improving the shading, but when you make enough of those tweaks, they add up. Even just from these stills, the action-adventure game has an added vibrancy to it. The Witcher 3 isn’t exactly old, it only turned five this year, but the look and feel of a game can start to feel past it quickly, and this rework brings it right up to date.

The last big update for the rework added Toussaint, and this latest version gives you everything that’s been touched up. Developer CD Projekt announced The Witcher 3 would be coming to next-gen hardware for anyone who already owns it, and Hogan is right behind them, teasing that the HD rework project is “coming for next gen Witcher 3 in 2021”.

See the comparison video below:

You can find The Witcher 3 HD Reworked Project on Nexus Mods. Some other recent mods that caught our eye include adding an iconic Skyrim weapon, making the special weapons actually special, and having Yennefer barge into your sex scenes. Whatever you’re into, we don’t judge. As always, remember to mod with caution.