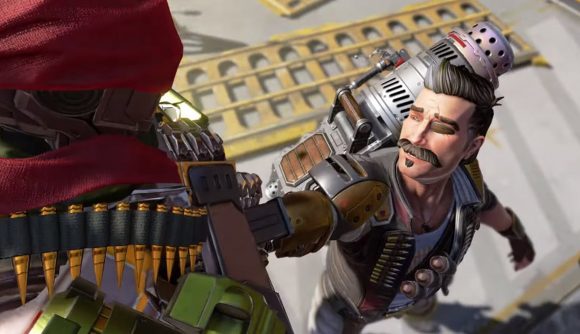 Right as we come up on the Apex Legends Season 8 release date, the battle royale game has managed a new concurrent player record. Just shy of 130,000 players were having a go of it in Olympus this weekend.

That’s coming from Steam Charts, which has the tally at 129,928 players in the FPS game at one time on January 30. At time of writing, the amount’s at over 127,000, meaning people are hanging around in the multiplayer game, shaking off any rust, or getting the last of the current rewards before the seasonal change-over introduces new cosmetics and unlockables.

As I type, Season 7 is in its final hours. The season brought in Horizon, the astrophysicist who uses gravity to her advantage, featuring Newt, the adorable android sidekick. She’s proven popular, and her and Wraith have the highest win-rate at the moment, hence developer Respawn Entertainment’s choice to nerf her in the season changeover. Not that she’s alone in receiving some heavy tweaks, Kings Canyon is becoming bigger whatever the planned map alteration is.

As usual, Season 8 will bring another legend into the fold, and this time it’s Fuse, an Australian explosives expert from the planet Salvo. He has an intense amount of grenades at his disposal in his abilities. One to scratch that itch for blowing something up.

Make sure to check out our Apex Legends characters guide and Apex Legends map guide heading into Season 8 to make sure you’re ahead of the curve (and any oncoming explosions).