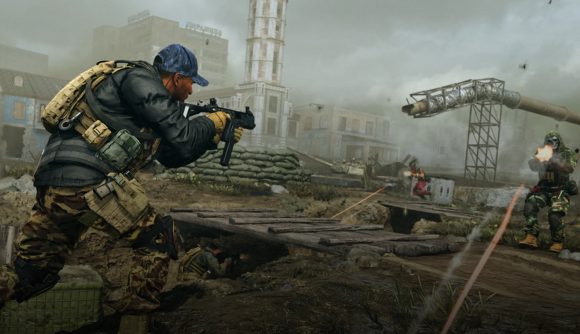 In the ongoing struggle against cheaters and hackers, Infinity Ward has released a statement asking that players not use unauthorized software when playing Call of Duty: Modern Warfare and Warzone. A fresh set of bans is on the way, the developer says, and anyone caught will be susceptible to banning.

The statement was released on Twitter, outlining four points as Infinity Ward works to keep the FPS games free from cheating. The first is simple and succinct – cheating will not be tolerated, and more bans are coming. The second is a plea to not user third-party add-ons that manipulate the multiplayer games, pointing out this includes hex editors that give you equipment you haven’t properly earned.

This carries into point three, which outlines more of what IW considers illegal third-party software, including aimbots, wallhacks, texture hacks, and more. Finally, point four says to avoid guides or services that alter your camo or loadout. Anything that modifies your PC or console in order to get shiny new gear that you haven’t otherwise got tied to your account is against the rules, and could result in a ban.

Hacking has been a recurring issue for the multiplayer game series, going back to Call of Duty: Black Ops 4 and beyond. Given this, the reaction here isn’t altogether positive, players on Twitter and Reddit voicing a general cynicism towards Infinity Ward’s ability to enforce these rules.

Last month, Infinity Ward declared it would start coming down harder on racist language and content in Modern Warfare and Warzone, to make them less toxic. Let’s hope all these measures are firmly in place by the time the Call of Duty: Warzone Season 5 release date rolls around. We have guides on the best Modern Warfare weapons, best Modern Warfare classes, best Warzone guns, and best Warzone vehicles, if you’d like to stay sharp against any dishonest opposition.