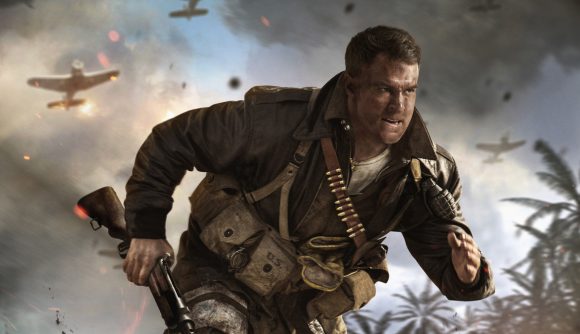 The Call of Duty: Vanguard release date has now arrived, and reviews for the latest instalment of the long-running FPS game series have begun rolling in, giving us an idea of what to expect – and whether it’ll be worth your hard-earned pennies. So, let’s take a look at what the critics have made of the new CoD.

Let’s kick off with this orange site right here’s Call of Duty: Vanguard review. Our own Ian Boudreau scores it a healthy eight-out-of-ten, noting that developer Sledgehammer Games has “return[ed] to World War II with a very different approach”. Ian concludes that, “opting for pulp fantasy over Spielbergian reverence for the era, Vanguard reinvigorates the World War II setting and charts a new path forward”.

Gamespot puts it a little lower on the scale, giving it a seven-out-of-ten. The highlights cited in the review include the Vanguard multiplayer mode’s destructible environments, great-feeling guns, meaningful loadouts and Gunsmith customisation, and positive changes to Zombies, which “make the mode more approachable”, among other things. Negatives mentioned include the feeling that “some campaign missions are much weaker than others, especially when pushing out of the usual pop-and-shoot approach”, characters not really feeling distinct enough, and Zombies “missing the story-focused puzzle box elements that make the mode great”.

IGN has several reviews aimed at the different aspects of the latest CoD. The single-player campaign review scores it seven-out-of-ten, concluding, “Call of Duty Vanguard’s highly polished campaign provides a healthy amount of fun, even if its brief length and lack of variety lead it to fall short of the classic pieces of war cinema it’s trying to emulate.” There are also (unscored) reviews-in-progress for its Zombies and multiplayer modes at those links.

GameInformer gives the game an eight-out-of-ten, writing that, “Call of Duty: Vanguard’s campaign misses the mark, but multiplayer and Zombies do the heavy lifting to get the title to a good place. If you’re most invested in the single-player experience, you can pass on this year’s entry, but if you’re into the other modes, Call of Duty remains an excellent choice for some shooting, looting, and zombie executing.”

Eurogamer’s unscored review, meanwhile, says that Vanguard “won’t join the pantheon of Call of Duty games, but it’s a decent stop-gap for those waiting for Modern Warfare’s return”. The write-up notes that its campaign “feels throwaway” though says that “multiplayer is better”, in that it “moves and shoots more like Modern Warfare and Warzone, which is a good thing for the upcoming osmosis with the all-encompassing battle royale”.