Searching for the best Warzone Pacific pistols to use with the Akimbo perk? You probably won’t find any pistols in our best Warzone loadouts – we don’t have anything against pistols, but the best SMGs in Warzone usually excel in the same role. If you want to try something completely different from the usual meta, the Akimbo perk gives you the damage output of an SMG without having to pick the Overkill perk every time.

Akimbo pistols are significantly better in Warzone Pacific due to the way Caldera has been designed. Verdansk featured a lot of open areas which made sniping extremely popular, whereas Caldera focuses on medium range combat primarily. As a result, you’re more likely to run into an enemy at close range, the perfect distance for Akimbo pistols. If you can keep a steady hand, these pistol loadouts are capable of blasting your opponents away in seconds. Warzone Pacific Season 1 Reloaded brought in balance changes, but unfortunately there were no changes made to any of the pistols.

Call of Duty Vanguard doesn’t have many viable Akimbo candidates, but we’re sure more pistols are coming to the battle royale game over the coming seasons. We also have included the older pistols from the previous Call of Duty games in case you wanted to try out your old arsenal of guns.

Here are the best Akimbo pistols in Call of Duty Warzone Pacific: 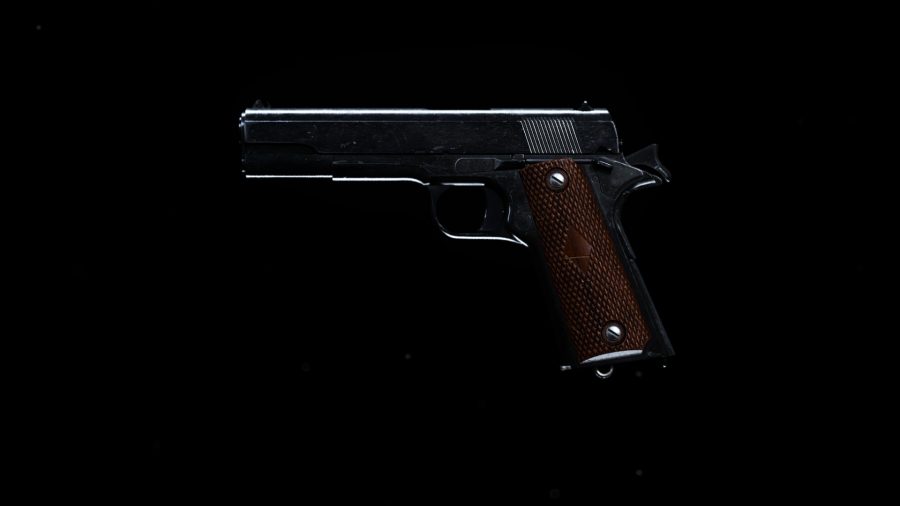 Customise the 1911 with the following attachments to eliminate enemies up close. The Cooper Full-Auto barrel gives you the freedom to hold down the trigger, unleashing all of your bullets in one quick burst. Unfortunately, this weapon does struggle to kill more than one enemy at a time, so keep an eye out on your remaining bullets after each encounter. 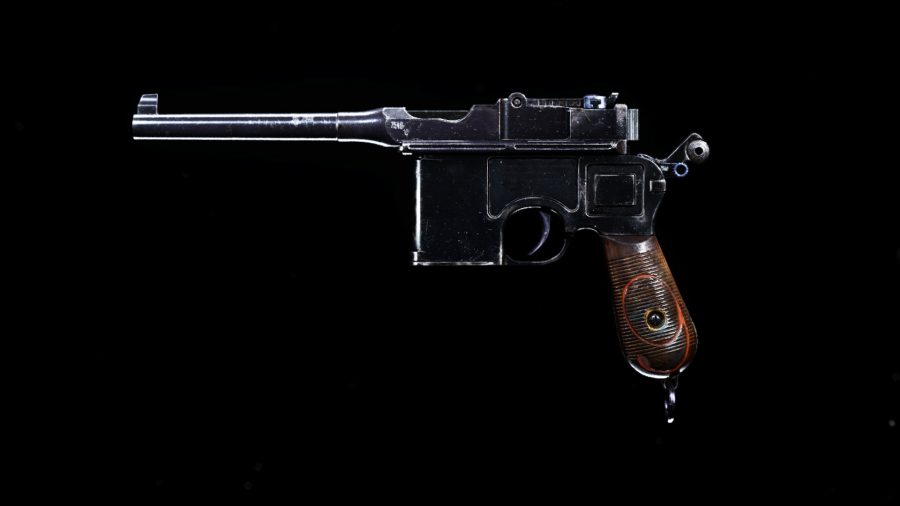 The Machine Pistol is arguably the best pistol in Vanguard, and it’s not too bad as an akimbo weapon either. Unlike the 1911, you won’t have the same problem of running out of bullets as the Machine Pistol comes stocked with 40 round magazines. These weapons are heavier than the 1911s, but your mobility is still noticeably better compared to the stock Vanguard SMGs.

If you prefer to use your Modern Warfare and Black Ops Cold War weapons, don’t forget that you can still use the following pistols on Battle Royale and Plunder. Some of these weapons perform better than their Vanguard counterparts, so it’s worth dusting off these classic guns every so often.

Here are the best Akimbo pistols in Call of Duty Warzone: 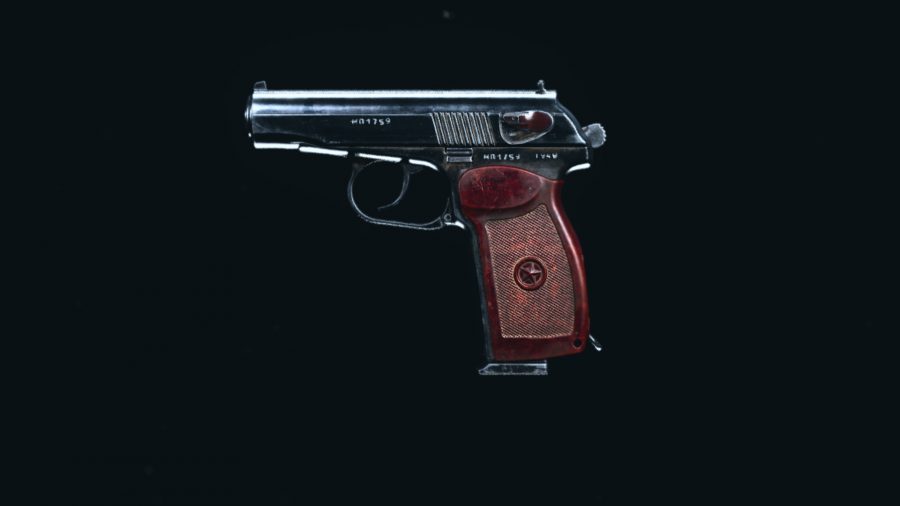 The Akimbo Sykov was one of the most broken weapons in Call of Duty history. Unsurprisingly, the devs issued a patch within three days to stop it from dominating the game. The updated version of the Akimbo Sykov admittedly isn’t as powerful, but they’re still fun to use when running around Rebirth Island.

Packed with 80 bullets in each magazine, the Akimbo Sykov gives you more than enough bullets to take down multiple enemies at once. The surprising thing about this weapon is the accuracy – it can easily blast through a magazine and will barely even flinch. This loadout was nerfed in the most recent Warzone update, but it’s still one of the more powerful Akimbo setups in the game.

Call of Duty: Cold War guns are now in Warzone – and so is a formidable new Akimbo loadout featuring the Diamatti three-round burst pistol. The Diamatti loadout we recommend for this pistol is the following:

The Akimbo Diamatti has been known to one-burst at close range – so it’s no surprise it’s one of the most popular loadouts at the moment. Though this loadout did receive a nerf, it’s still plenty of fun to use and is surprisingly strong on Rebirth Island.

If you dislike the Diamatti’s burst fire shots, the akimbo M19 might be the weapon for you. This is the best M19 loadout in Warzone:

Though technically not as lethal as the Diamatti setup, the M19 does a great job of wiping out enemies at close range. Use this loadout alongside a sniper rifle build to ensure you can quickly eliminate any flanking enemies. The M19 is stocked 17 bullets in each gun, allowing you to take on two people without needing to reload. 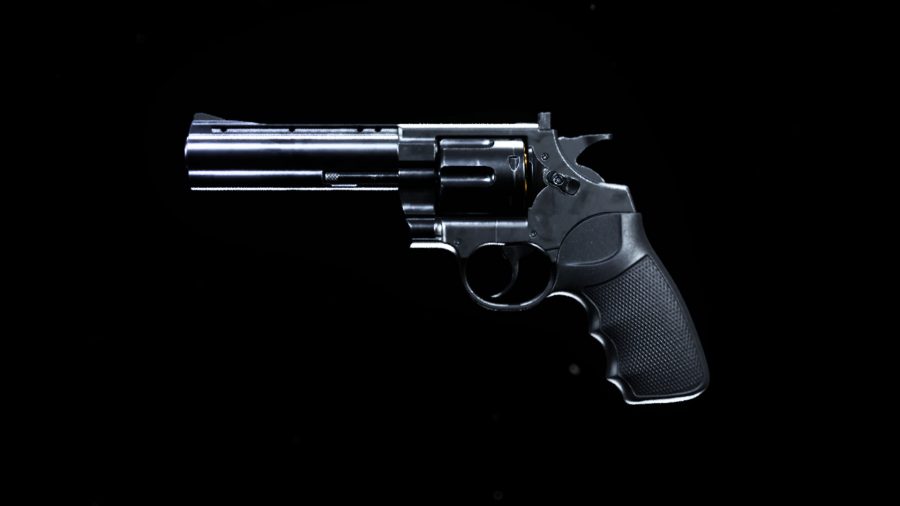 This Akimbo pistol setup essentially gives you a shotgun in each hand and in close-quarters scraps you can down a fully armoured enemy with just four shots – with Akimbo that’s basically two shots. A recent nerf reduced the range so you have to be very close to an enemy to achieve this feat, hence this taking second spot in our list. The Snake Shot loadout that we recommend is the following:

The laser is key for increasing your sprint to fire speed and hip-fire accuracy, so you can run rings around whoever you’re fighting without worrying about accuracy. There is a steep damage drop-off as with any shotgun, but if you stick with these for clearing buildings and rushing teams then you’ll find them unmatched.

Season 2 Reloaded introduced a number of key changes to several unused weapons in the meta, including the Magnum. This update features a redesigned 4.7” Takedown barrel – now named the Tight Snub barrel, this allows the Magnum to deal more damage to enemies and vehicles. Here’s the loadout you should use for the Magnum:

With this loadout, shots to the upper torso now deal 101 damage instead of 82. If you can score two hits to the upper torso within a rapid fire burst, you can take down enemies much faster than before. It’s important to note that you must fire the Akimbo Magnums by firing both guns at the exact same time. If you fire the pistols with gaps in between each shot, the bullet trajectory will drastically pull up.

These Renetti pistols can be modded with burst-fire to massively increase their rate of fire and accuracy. Here’s the best Renetti loadout in Warzone:

The Akimbo Renetti will only take an enemy from fully-armoured to downed if you’re in their face as the recoil on these ramps up very quickly. However, they are superb for moving in to clean up a fight after you’ve done the majority of damage with your primary, and few weapons fare better if you’re being pushed. You hardly have to think when using these, just point in the general direction of your enemy and they’ll drop.

For the Akimbo Desert Eagle build you want to strap on anything that will fight recoil control, we opt for:

These are much trickier to use than the other builds in this Warzone pistols guide. Just like the Snake Shots, this pistol setup will down with two shots from each handgun, but getting consecutive shots to land with the Deagles is no mean feat. We recommend moving cautiously to keep your hip-fire on point, and only shooting while running if you’re on top of the enemy. The Akimbo .50 GS has a lot of potential, but if you don’t like to leave things up to chance then we wouldn’t recommend it.

And that’s all you need to build the best akimbo pistol loadouts in Call of Duty Warzone Pacific. If you’re looking for excellent weapons to pair alongside your pistols, we highly recommend the best assault rifles in Warzone and the best sniper rifles. Equip yourself with a long ranged gun in addition to a to ensure you can crush your enemies at close and long range.