Wondering where the new Warzone missile silos are on Verdansk? The Season 2 Warzone update introduced the FARA 83 and LC-10 to the game, as well as zombies for the first time. Teams can fight against hordes of zombies on the shipwreck located near Zordaya Prison Complex. The biggest surprise from the update was the sudden closure of almost every Warzone bunker, the Subway System, and the Stadium’s underground parking structure.

This update also introduced three missile silos to Verdansk, each loaded with a massive nuclear missile. The leading theory so far is that Verdansk is going to be blown to pieces by the nukes located in each bunker. Once Verdansk has been completely destroyed, it will be replaced with a brand new Warzone map themed around Black Ops Cold War.

The missile silos don’t contain the same level of riches that the bunkers do, but they may be important as Warzone continues to get updates throughout the season. The latest update added three missile silos to the game, but we expect this number to increase before the new map launches.

The first missile silo replaces the Jarvisnk Spomenik war memorial. This memorial has been designed as two separate halves which come together over a sliding mechanism. You can find this missile silo close to Military Base on top of the nearby hill.

There isn’t much room to explore at this location, but you may come across a zombies machine that currently doesn’t do anything. You should also be able to find an elevator with a big red button that also is inactive. Expect this elevator to work as we get closer to the launch of Season 3. 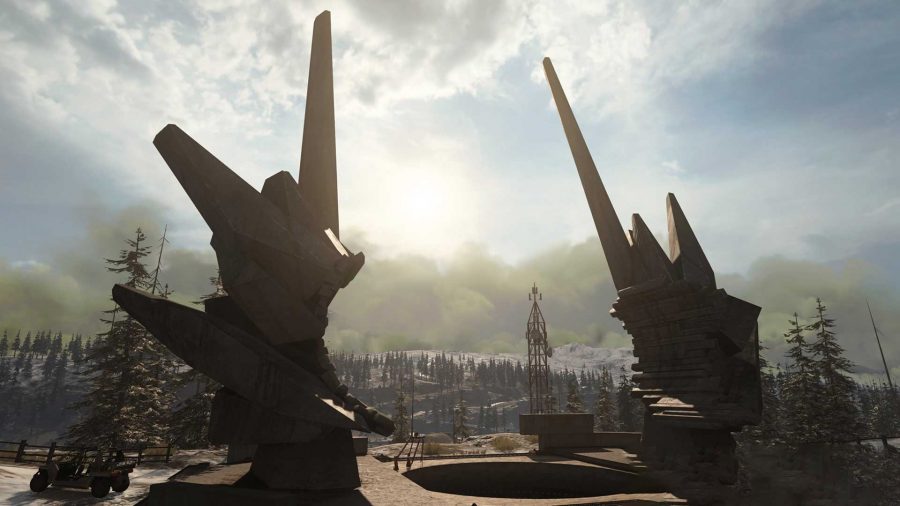 The second missile silo is located below the Home Construction Site – you will need to parachute down this hole as falling directly into the location will cause fatal fall damage. There are more chests in this location compared to Jarvisnk Spomenik, so it’s better if you need an area to pick up quick loot. Just like the last missile silo, this area has an inactive elevator that might be turned on in a future update, and a zombies machine.

The final missile silo can be found at the same location as Bunker 10, south of Downtown Tavorsk. If you are desperately looking for top tier loot, this is the only place in the game where you can access a bunker. Bunker 10 has been given an upgrade as there are even more rooms to explore, including an area containing a zombie machine and the hidden nuke.

And that’s all there is to know about the missile silos in Warzone. Be sure to keep an eye on this page as we will update it once any new bits of information are revealed. In the meantime, definitely check out our Warzone yellow access card guide to find out how to open these supply boxes found at the Shipwreck. Learn to dominate this battle royale game by selecting the best Warzone guns and best Warzone loadouts.