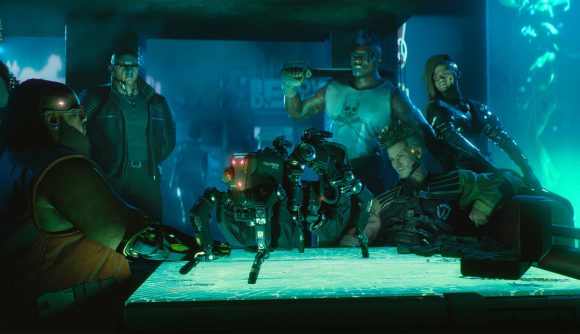 If you were hoping to see Cyberpunk 2077 on Microsoft’s Xbox Game Pass, you are, sadly, out of luck. According to a PR representative of developer CD Projekt Red, there are no plans at present for the RPG game to be included on the service.

While two games journalists were discussing the value of console exclusives and timed-exclusives, the hypothetical situation of Microsoft somehow getting Cyberpunk 2077 on Game Pass at launch was raised. At this point, Radek Grabowski, lead PR manager at CD Projekt, chimed in to say “no Game Pass plans for Cyberpunk 2077”, immediately halting any notions that may be derived from humoring the possibility.

Xbox Game Pass is a subscription service where, for $5 a month on PC, you get access to dozens of games, from Two Point Hospital and Undertale through to Sea of Thieves and Final Fantasy XV. It’s good value for money if you’re strapped for cash but have a solid internet connection, and gives some otherwise smaller games a chance at a much wider audience. However, for something like Cyberpunk 2077, it makes less sense. Cyberpunk is one of the most anticipated releases of the year with a hefty amount of global pre-orders, and being on Game Pass early is just giving up potential buyers that are very likely to pay full price at launch or soon after.

Although the sci-fi action-adventure game was delayed again recently, we were still able to spend several hours with it, which we quite enjoyed. More information on the open-world game is gradually being revealed, and we have comprehensive lists of all the weapons, districts, and factions in Night City, as well as some of the finer points of the character customization that’ll be on offer.

You have to pick another example, Jeff. No Game Pass plans for Cyberpunk 2077.