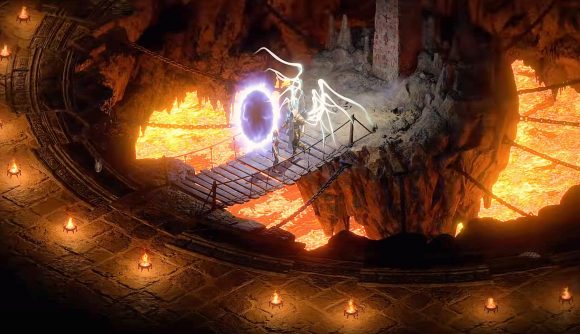 We already knew that Diablo 2: Resurrected will have mod support, but the devs have told us that only certain kinds will be supported. Anything that changes data in the RPG game might actually become easier, but any alteration to the code is out.

In a post-reveal interview from BlizzConline, lead producer Chris Lena tells us that Blizzard appreciates the way the modding community has helped keep Diablo 2 alive, but some choices had to be made in how Resurrected would support that work. “There have been mods in the past that injected code straight into the game, and those are the kind of things that we cannot support,” he said. “But all the other mods – you know, the ones that use data and that sort of thing – we love to see those.”

On the bright side, data modifications should now be a little simpler to make and implement, thanks to how Resurrected is built. “As we’ve gone through the game, we’ve switched a lot of things that used to be hardcoded into data,” Lena explains. “So when it comes to that [data] side of modding, there should be more things available and they’ll be easier to access.”

Mods have been integral to Diablo 2’s longevity, to the point that some fans are currently remaking it themselves, in the hopes of recreating it as if Blizzard never stopped working on it. After 20 years, fans have a selection of ways to celebrate and enjoy the classic fantasy game.

Diablo 2: Resurrected is launching this year, and there’ll be a single-player alpha first, before a multiplayer test later, and you can sign up for that now. You can read this full interview here.