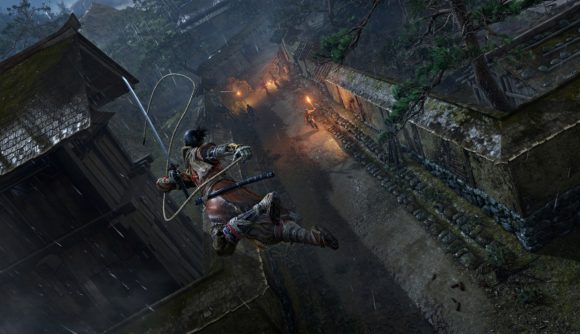 The Elden Ring community is a restless one, eager for any sliver of news on FromSoftware’s upcoming game. One FromSoft aficionado has decided to beat one of the bosses from Sekiro: Shadows Die Twice every day until Elden Ring surfaces.

The challenge has been self-prescribed by Reddit user Atijohn, who is posting daily footage of them defeating Isshin, the Sword Saint in the Souls-like game. This isn’t just the regular battle, either, Atijohn is doing it “charmless, bell demon, no healing” to prove their prowess. For 13 days at time of writing, a clip, lasting around three minutes, has been uploaded, showing one of Sekiro’s last bosses being destroyed, in the name of literally killing time before Elden Ring. When asked if they’d keep this up for however long it takes, they simply replied “Yes.”

This is one of the more high-effort countdowns going on. After suffering some disappointment in recent months, as FromSoft sat out The Game Awards, and the Taipei Game Show, fans are amusing themselves any which way. Two posters are turning Dark Souls and Elden Ring director Hidetaka Miyazaki 1% more transparent – making him into a hollow – every day, another is rotating an image of Solaire of Astora a degree a day, and another is doubling a picture of Miyazaki over and over. Today it’s at 8,192 copies of his face.

Nine whole seconds of footage of what’s believed to be the RPG game emerged online this week, leading many to believe the rumours of a reveal the end of this month, March, could really be true this time. A recent trademark for “Bandai Namco Next” potentially suggests a publisher horizon in the offing.

Defeating Isshin charmless, bell demon, no healing every day until Elden Ring is out (day 13) from r/Sekiro

Whatever happens, we’ll keep you informed on the Elden Ring release date. Here’s the best horror games to alleviate the boredom.