Want to know where the best Elden Ring staff locations are? Staffs are potent tools that you can use to cast sorceries, one of the two types of spells. While you could just use the bog-standard staff that comes with the Astrologer or Prisoner Elden Ring classes, some of the staffs hidden throughout this open-world game are just too good to pass up.

These powerful magical items can amplify the power of your Elden Ring spells to such ludicrous levels that you can melt away even the toughest of Elden Ring bosses with a single blast. One of the best Elden Ring staffs reduces casting times for your more powerful spells, but you can also use Elden Ring spirit ashes to keep enemies away from you while you fling magic attacks at them.

Like the best Elden Ring weapons, you can either find each staff in a set location, buy them from merchants, or pick it up after particular enemies drops it. Unfortunately, they’re very hard to obtain, often requiring players to jump across perilous gaps – so to help you out, we’ve compiled a list of all of the Elden Ring staff locations. You’ll also find our recommendations for the best Elden Ring staffs in the game.

Here are all of the Elden Ring staff locations: 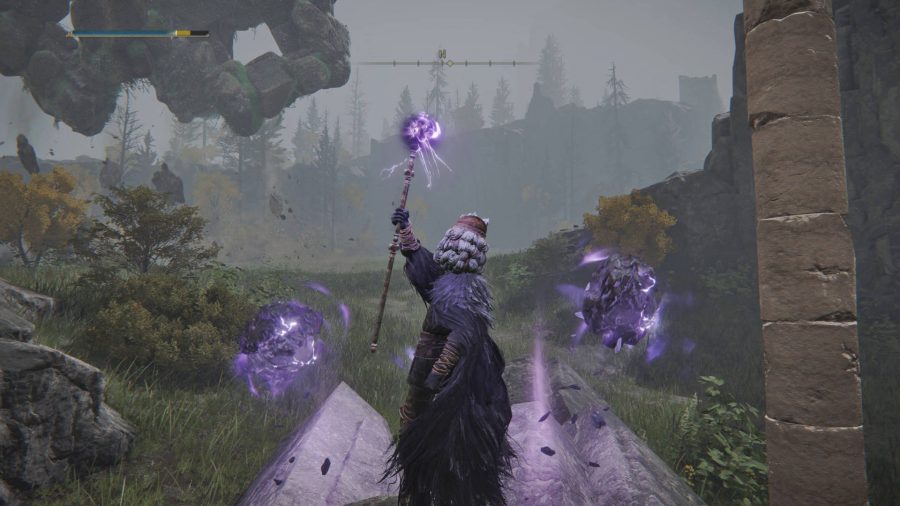 For the best early game staff in Elden Ring, we highly recommend taking a detour into the harsh swamps of Caelid to pick up the Meteorite staff. It starts with a higher power level than other staffs you can find in the first few hours, but you can’t upgrade it.

If you want the Elden Ring staff that does the most damage, your best bet is Lusat’s Glintstone staff. The downside to this staff is that you use up an increased amount of FP every time you cast a spell, but this staff also amplifies the power of all sorceries you cast. So make sure you have a massive FP bar and plenty of Cerulean flasks to hand. We recommend those opting for this staff also pick up as many Elden Ring golden seeds as they can. 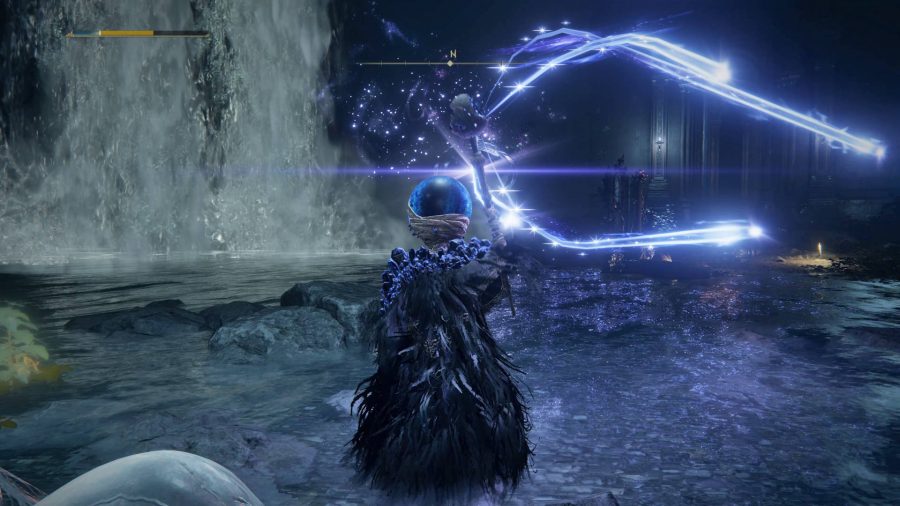 An alternative pick for the best Elden Ring staff is Azur’s Glintstone staff. This staff also increases the FP cost of your spells, but it also reduces the casting time of all sorceries. So if you rely on magic that takes a long time to charge up, this is the staff for you.

To get the Azur’s Glintstone staff you need to do the following:

Beyond these recommendations, though, the most helpful staffs are the ones that boost spells of a specific type. As a couple of examples, the Gelmir Glintstone staff buffs any lava sorceries, while the Prince of Death’s staff increases death-type spells’ damage.