Want to know how to teleport using rift generators at different Seven Outposts in Fortnite? We are now in the fifth week of season challenges in Fortnite Chapter 3 Season 1, and some of the tasks are a tad trickier than you may initially think. Every season challenge gives you a ton of experience you can put towards completing the battle pass and unlocking its Fortnite skins and some free Fortnite V-bucks, so they’re worth doing, particularly if you want to get the Fortnite Spider-Man skin.

After finishing this challenge, we have some other season challenge guides that may be a bit more difficult, such as how to knock down timber pines in Fortnite, how to destroy the Fortnite signal jammers, and where you can discover the Fortnite device. For now, though, we have pins showing all of the Fortnite Seven Outpost locations on the map below.

Here are all of the Seven Outpost locations in Fortnite: 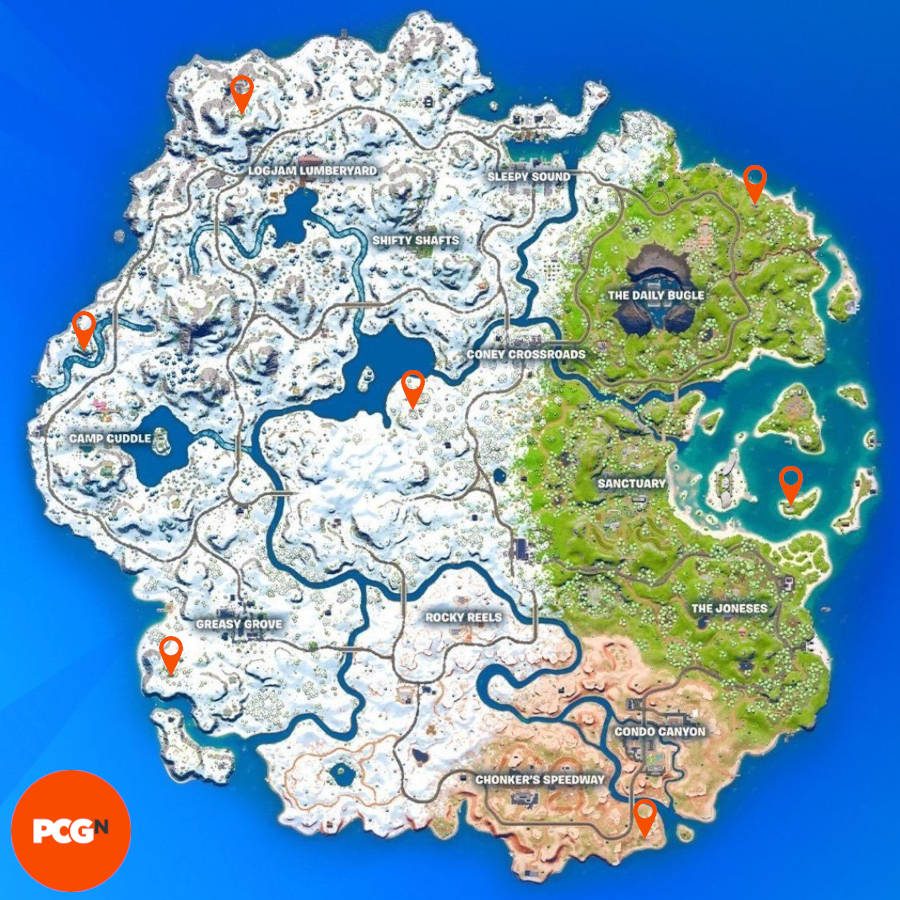 And those are all of the Seven Outpost locations where you can teleport using rift generators. For more on Chapter 3 Season 1, check out our guides on how the Fortnite Victory Crown works and how to slide in Fortnite.