For this week’s legendary challenge, you need to collect a vase of flowers from Lazy Lake. It’s a relatively simple task, but we’ve included all the locations, so you can quickly check it off your list and move on to collecting a vintage can of cat food in Fortnite.

As Season 7 draws to an end, there have been plenty of new Fortnite skins added to the game, including Gamora, Clark Kent, Superman, and the latest Wonder Woman skin. These heroes have been called upon to help Doctor Slone in her battle against the aliens. For more alien content, here’s where to find all the alien artifacts in Fortnite, and which powerful alien weapons you can wield before the season’s up.

For this week’s challenge, you only need to collect one vase of flowers from Lazy Lake. There are quite a few vases scattered throughout the location, so here’s where to find each one. We recommend landing on one of these spots to quickly tick off the challenge.

Vase of flowers locations in Fortnite

Here are all the vase of flowers locations in Lazy Lake: 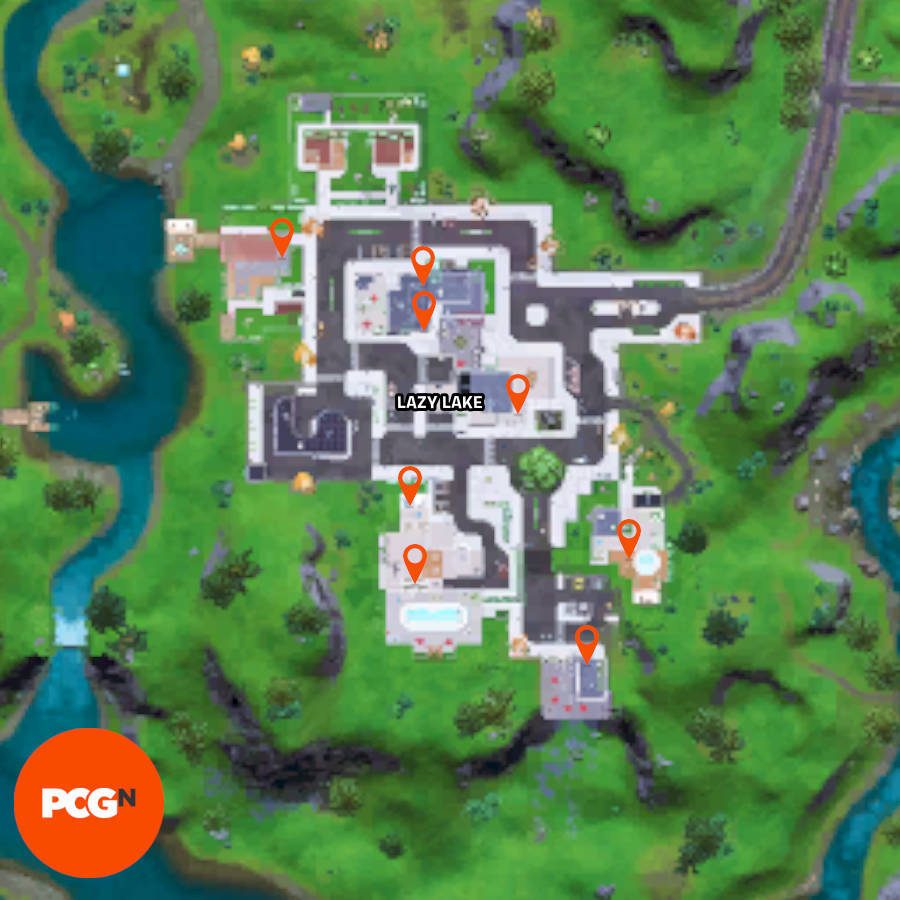 That’s where you can find a vase of flowers in Lazy Lake. For more about the next season of Fortnite, here’s everything we know about the Fortnite Chapter 2 Season 8 release.